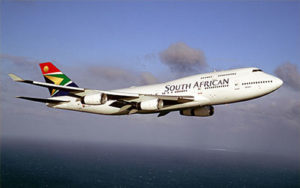 Africa may experience a rise in air travel expenses in 2018 with the introduction of the pan-African passport, a new study has found.

The new passport will enable African travelers to visit other countries on the continent without a visa.

This was contained in a press release copied to ghanabusinessnews.com November 23, 2016 from APO on behalf of Sabre Corporation.

The survey by Sabre aimed to uncover the opportunities and challenges faced by travelers in Africa today, to help airlines’ growth and provide African travelers an overall better journey, the research report stressed.

According to the release travelers from four countries – South Africa, Nigeria, Kenya and Egypt were surveyed, with those having flown in the past 24 months saying they would spend 24 per cent more with the introduction of the passport (from $1,100 to $1,500 annually).

It further noted that despite a willingness among travelers to spend more on flights, travel in Africa still remains inaccessible to the majority, with only 23 per cent of those surveyed having travelled abroad at all in the last two years.

The report also cited expensive travel expenses, difficulty in obtaining visas, difficulty to book travels among others as the major obstacles preventing them from travelling more.

“The results suggest that while travel is inaccessible to many and is difficult for those who do travel, there is still a strong desire to travel more,” Dino Gelmetti, vice president, Europe, Middle East and Africa, Airline Solutions, Sabre was cited as saying in the report.

“Additionally, most of the pain points can be addressed by airlines, and these tweaks could make all the difference to travelers. African carriers currently face tough competition from international rivals that control 88 percent of African airspace but, as demand for travel increases, African airlines have a real opportunity to win the lion’s share of bookings by addressing the pain points of travelers and going the extra mile to improve their experience,” he added.

He was additionally cited as intimating that like many other travellers globally, Africans also expressed a strong interest in experiencing a travel journey that was more personalised and appealing to their taste.

Respondents said that they would be willing to spend up to $104 per trip on an airline’s extra products and services – such as excess baggage, cabin class upgrades, and special food and beverage – if it improved and personalised their journey, the report noted.

“Airlines, globally, currently pocket an average of just $16 per passenger on ancillaries, so the fact that African travelers are prepared to spend six times more than that represents a significant retail opportunity for carriers on the continent,” Gelmetti said.