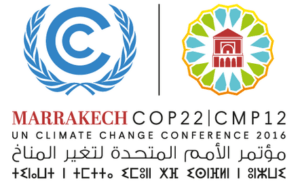 Private sector leaders, have called on countries to fully implement their national climate action plans through the Nationally Determined Contributions (NDCs)), through workable domestic legislations, so that many climate commitments  can be speedily implemented.

The call was made at a Business & Industry day at the two-week UN Climate Change Conference in Marrakech where Business leaders hosted jointly by Carbon Disclosure Project (CDP) and the We Mean Business coalition in partnership with the UN Global Compact and the General Confederation of Enterprises of Morocco.

The parties agreed that with the Paris Agreement now in force, the priority was to move from adoption to speedy implementation.

They also set out seven specific areas in which government action would help them, including the full implementation of NDCs through domestic legislation and regulation to incentivise an immediate response from the private sector to the ambition of the Paris Agreement.

The meeting agreed that businesses have a significant role to play in enabling the global economy to achieve and exceed its climate goals.

As a major source of greenhouse gas emissions, the private sector is a crucial partner in securing a prosperous and sustainable low-carbon economy for all.

Jill Duggan, Director of The Prince of Wales’s Corporate Leaders Group, which brings together 24 leading European businesses employing two million people worldwide, said, with the entry into force of the Paris Agreement, the world now had a legal mandate to bring about a zero carbon future was a good business opportunity.

What is now required from corporate leaders is a real step change in the way they deal with climate change.

More companies are committed to leadership on climate action than at any time in history. But, there is more to be done to fully realise the global business potential to contribute to putting the world on track towards the Paris goal of limiting the global average temperature rise to well below two degrees Celsius.

In a recent report by CDP in together with “ We Mean Business” a coalition of organisations working with thousands of the world’s most influential businesses and investors, it has been revealed that the large majority of companies already have targets in place to reduce their carbon emissions.

However, the current business plans fall short of what is needed for business to deliver on the world’s new low-carbon.

According to the report, the science based targets initiative continues to see tremendous momentum since Paris, representing the clearest path for companies to support the Paris agreement.

To date, almost 200 companies have joined the initiative, and in the past year, growth has been at a rate of more than two new companies per week.

Walmart, the largest company by revenue and the largest private-sector employer in the world announced its science-based target on the same day as the Paris Agreement came into force.

The private sector is ready to partner with governments across the globe to deliver emissions reductions at scale. The number of companies making climate commitments through the We Mean Business coalition has more than doubled since COP21.

In total 471 companies with over $ 8 trillion in market capitalisation have undertaken well over a thousand ambitious commitments to climate action. These companies represent every sector and geography globally.

An additional 30 percent emission reduction is attainable on condition that external support is made available to Ghana to cover the full cost of implementing the mitigation action (finance, technology transfer, capacity building).

According to the two climate champions, Hakima El Haite and Laurence Tubiana, “A year after COP 21, the great dynamic of climate action is now growing strong adding the time has come to start to take stock of what has been achieved during the last year.

To be consistent with the long-term goals, all actors will have to work together, not only to achieve the national targets of the national climate action plans, but also to go further and bridge the gap of emissions.

The UN Global Compact is a leadership platform for the development, implementation and disclosure of responsible corporate practices.

Launched in 2000, it is the largest corporate sustainability initiative in the world, with more than 8,000 companies and 4,000 non-business signatories based in more than 170 countries, and more than 85 Local Networks. 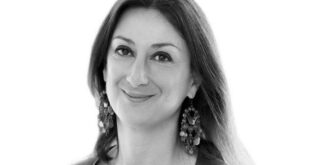