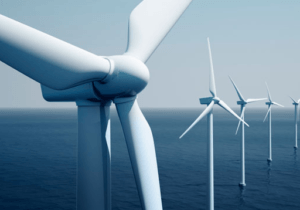 Lekela Power, initiators of the first wind farm project in Ghana, has assured residents of Ningo in the Greater Accra Region that the project would not affect farming activities in and around the town.

Lekela, the renewable energy company, therefore appealed to land owners to cooperate with them for a smooth take-off of the wind power farm in the area.

The company’s wind farm when in operation is expected to add 150 megawatts of power to the national grid.

Mr Joseph Addai, Project Manager of Lekela Power, gave the assurance on Thursday when the company signed contracts with contractors to renovate three basic schools in the Ningo Traditional Area as part of their Corporate Social Responsibility.

Mr Addai said even though 15,000 acres of land were being acquired for the farm, the wind turbines would be installed on only one per cent of the land.

The other portion of the land, he noted, could be used for farming activities without disturbing the smooth operation of the turbines.

He further stated that an artificial dam would also be created alongside the farm to serve as a reliable source of water for the various farms all year round.

According to him, link roads to the farm would also be constructed to aid easy transport of farm produce to the market.

The construction of the wind farm, he said, was still at the preliminary stage which involved land acquisition.

Mr Addai indicated that currently it was collaborating with the Ningo-Traditional Council and the Ningo-Prampram District Assembly (NIPDA) to survey the land and help owners to fully register them and subsequently lease it to Lekela for the construction of the wind farm to start.

On the renovation of the schools, he said, education was a priority to his outfit hence their decision to invest about $70,000 into the renovation of Old Ningo, Ayetepa and Dawa DA Basic Schools over eight weeks.

He gave the assurance that the company was prepared to provide some of the needed social amenities to the community and therefore called on them to cooperate with their workers residing in the area.

Mrs Matilda Quartey, Ningo-Prampram District Education Director, in a speech read on her behalf, thanked the company for the renovation even though they were yet to fully commence their project.

Mrs Quartey promised to ensure the maintenance of the renovated buildings.

Mr Daniel K. Ahotor, Head teacher of the Old-Ningo DA Basic A School, told the Ghana News Agency that the school which was built over 50 years ago, was yet to see any major renovation.

Mr Ahotor added that the school needed additional rooms for the kindergarten department since their current structure was inadequate.

“Lack of fencing is also a big challenge to the school as residents use the compound as they wished,” he said.