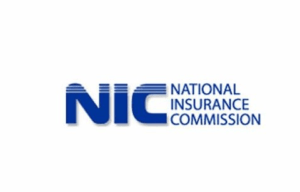 The Taskforce of the National Insurance Commission (NIC) has caused the arrest of the heads of eight institutions in the Cape Coast Metropolis for failing to insure their commercial property.

They were among 41 institutions, who were warned by the NIC to insure their premises or face the full rigorous of the law, when it scouted the Metropolis two months ago,

The proprietors of the defaulting institutions were detained at the Central Regional Police Headquarters, but some of them were released after their facilities were insured, on Tuesday.

The Taskforce, made up of officials from the NIC, Ghana Police Service and the Ghana National Fire Service, went on an unannounced inspection to ensure the compliance of the Insurance Law, (Act 724 of 2006).

However, out of the 10 privately owned institutions inspected by the taskforce, only two had the fire insurance certificates, in spite several notifications by the NIC to have them insured.

The Insurance Law (Act 724) makes it compulsory for all commercial buildings either under construction or completed to have an insurance.

Interacting with the media after the exercise, Mr Joseph Bentor, the Chairman of the Task force, said the exercise formed part of the move to enforce Sections 183 and 184 of the Insurance Act.

He said the owners of commercial buildings in the Metropolis were given prior notice about two months ago to comply with the directives, therefore, the arrest was to enforce the law.

He said the NIC did a visibility studies and identified 61 private entities in the Metropolis, which required fire insurance, but only 20 complied with the directive.

He said the entities included Schools, hospitals, hotels, radio stations, guest houses and any place where services were sold to the public.

Mr Bentor said there had been sufficient public education on the need for privately-owned commercial property owners to insure their property against fire, flood, collapse and any other risk since 2007 and wondered why the institutions were reluctant to comply.

He said although the law exempted churches and Government Institutions from such mandatory insurance, they must also insure their premises adding that, it would be good for everybody.

The Insurance Certificate covering premises under construction has a blue background, while that for premises where commercial activities are active has a red background.