Delta airlines rolls out Wi-Fi flights from Africa to US

October 7, 2016 Tourism Comments Off on Delta airlines rolls out Wi-Fi flights from Africa to US 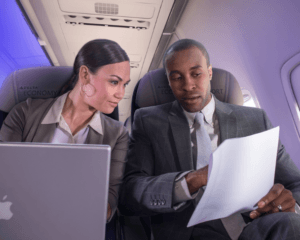 This would enable all customers flying on its nonstop services from Africa to Atlanta and New York-JFK to stay connected during the flight.

A statement issued by the airline in Accra announced that it had completed the roll-out of Wi-Fi on its international fleet and the final Boeing 777 – one of a number serving South Africa – has now been equipped and is back in service.

“It marks a new milestone for the airline with flights from Accra, Dakar, Lagos and Johannesburg– offering on-demand Wi-Fi throughout the aircraft,” the statement said.

Jimmy Eichelgruen, Delta’s Sales Director for Africa, the Middle East and India, stated: “We know that Wi-Fi is an important part of the travel experience, especially for those flying for business.

“With Wi-Fi available in every cabin, all our customers can stay in touch with events on the ground throughout their journey. We hope our customers will enjoy this enhanced experience the next time they fly Delta.”

Delta’s Wi-Fi is powered by high-speed, Ku-Band satellite technology and provided by Gogo. Laptop passes are available to buy from just $ 6.95 for one hour’s usage or a global day pass could be purchased in advance of a flight for $28.