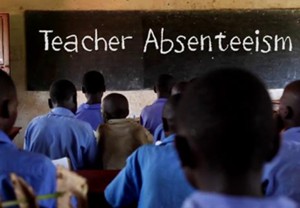 The National Inspectorate Board (NIB) in a forum on Teacher Absenteeism (TA) and school inspection has revealed that the TA rate has reduced to seven per cent.

Mr Alex Kyeremeh, a Deputy Minister of Education (Pre-Tertiary), said the teacher absenteeism rate in the basic schools as at the time of visit was very encouraging.

He said the figure was arrived by a team of inspectors from the NIB who visited 1, 799 basic schools in the ten regions.

The Deputy Minister, who is also the Member of Parliament for Techiman, said eight regions out of the ten regions in the country recorded a single digit teacher absenteeism during the review.

He urged the board to continue to work hard to be able to reduce further the concern.

Dr Augustine Tawiah, Chief Inspector of Schools at the NIB, said his 31 per cent of absentees are without any reason, 41 percent with reasons, nine percent sick, six and 10 percent attends workshop and maternity respectively.

He said the situation to the NIB was quite serious as many parents who sent their wards to these schools do not visit them even when Parents and Teachers Association (PTA) call for meetings.

Dr Tawiah said though the many private schools do not want to be inspected, they are doing all they can to add some of these schools in their list.

He called on the Ghana Education Service (GES) to ensure that this act is halted and urged teachers to work hard to be recognized.