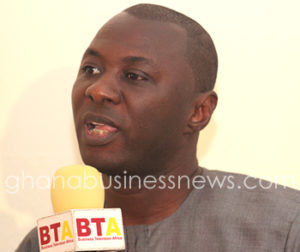 Ghana’s nascent oil industry is losing several hundred millions of dollars to illicit financial flows. While no specific figure has been put to the loss in the petroleum industry, the country has been noted to be losing about $38 million yearly in the mining sector alone.

Mr. Abdallah Ali-Nakyea, a tax expert, answering questions, said, based on the data available, between 2002 and 2011, Ghana lost more than $14 billion to illicit financial flows in the natural resource industries.

Dr. Mohammed Amin Adam, the Executive Director of the African Centre for Energy Policy (ACEP) told the second Africa Oil Governance Summit ongoing in Accra, September 26, 2016, that it is possible for the situation to occur because government officials who are usually mandated to negotiate on behalf of the African countries, do not do so, seeking the public interest, but their private interests.

According to Dr. Adam, because there are no efficient checks and balances in negotiating the complex oil sector, most government officials appointed to negotiate with oil companies, use their political discretion “to decide who exploits our natural resources,” he said.

On the entire African continent, he pointed out that of the estimated $50 billion lost to illicit financial flows, 82 per cent are from petroleum producing countries, adding that 60 per cent of the flows are from Nigeria.

Dr. Adam claimed that most of the contracts awarded in the petroleum sector in Africa, are awarded to companies that are politically connected.

He pointed that because of the political nature of the awards of contracts in the oil sector, a wall of secrecy has been built around it.

He also noted that the entire political establishment including parliament was involved, adding that there is overlapping of public shareholder and personal interest, and with public officials having vested interests, they are unable to separate their personal interests from the public interest.

He was of the view that most contracts are done secretly and most government appointees to do not subscribe to any form of transparency in negotiations.

He argued that due to the secrecy surrounding the extractive sector in Africa, it is prone to illicit financial flows.

He said if African countries are able to stop or reduce illicit financial flows, the continent will make savings that can be invested in energy for its populations – over 650 million of them living without electricity.

The Africa Oil Governance Summit was first held in 2015. The annual gathering of Africans and stakeholders in the continent’s oil industry meet to discuss issues around the governance of oil and gas resources.