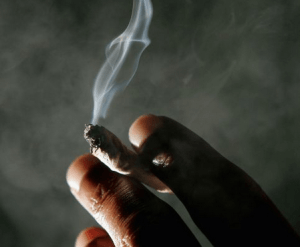 Health regulations to save the lives of present and future generations from the scourge of tobacco use, have still not been adopted by Parliament since four years now.

This is affecting the implementation of the Part six of the Public Health Act, 2012 (ACT 851) – Tobacco Control Measures, which was passed by Parliament to ban tobacco smoking in public.

Ghana is a party to the Framework Convention on Tobacco Control and has since ratified it in 2004.

The treaty enjoins the country to take administrative, legislative and any other means to curb the incidence of smoking and reduce the hazards associated with it.

A statement by the Coalition on Tobacco Control signed and copied the Ghana News Agency by Mr Labram Musah, the Programmes Director of the Vision for Alternative Development, a member, therefore called on the government for the immediate passage of the Legislative Instruments (LIs) on the Tobacco Control Measures.

It said the passage of the LIs would save the people from the devastating economic, social and environmental consequences of tobacco use and exposure.

The Coalition said globally, countries are formulating policies that would effectively control the use of tobacco, especially among the youth.

“Research has showed that women and children are the most affected by tobacco.  Tobacco use is a major risk factor to Non-Communicable Diseases. 80,000 to 100,000 young people around the world become addicted to tobacco every day.”

It said according to the World Health Organisation, tobacco-related death would be around one billion in the 21st century if the current smoking patterns continue.

The Coalition observed that tobacco products are the cheapest on the Ghanaian market and goes for as low as 0.15 pesewas and that a ban on single sale of tobacco product would reduce the use by minors and the poor.

The statement said currently, in Ghana, 50 men get killed by tobacco every week and this number is expected to grow if urgent action is not taken, adding:

Civil society organisations (CSOs) advocated the passage of the Public Health Act of 2012 (ACT 851), which included the Tobacco Control Measures and this was achieved through the support of government and parliament.

The CSOs over the past four years have engaged government on the development of a draft Tobacco Control Regulations, which when adopted would reduce tobacco deaths, heart diseases, infertility, lung cancers and disabilities resulting from tobacco use and exposure to tobacco smoke.

It further causes extreme poverty and research has proved that in developing countries, heads of families spend 10 to 15 per cent of their household income to buy tobacco products, which deprived families of basic needs such as food, shelter, clothing, school fees among others.

The Coalition expressed support to the Ministry of Health and Parliament in their determination to ensure the adoption of yet another comprehensive Tobacco Control law.

This provision is to ensure that, any interaction with the tobacco industry is made public so as to ensure transparency, and provision on a comprehensive ban of tobacco advertising, promotion and sponsorship.

Dr Margaret Chan, the Director-General of the WHO in 2007 urged countries, which have taken measures to protect the people from tobacco use to do so immediately by passing laws requiring all indoor workplaces and public places to be 100 per cent smoke-free.