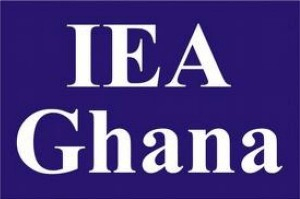 The Institute of Economic Affairs (IEA), has unveiled a campaign plan: “IWANTTOKNOW,” to elicit questions from ordinary people for its upcoming presidential and vice presidential debates towards the country’s December 7 elections.

The Institute said the new crusade on its agenda would enhance citizens ownership of the electoral process, and encourage them to send in questions they would like to ask the candidates if given the chance to speak to them one-on-one.

Following the launch, questions from the public could be submitted to the Public Think Tank – IEA’s – Facebook, twitter and email channels.

“The IEA believes that this approach will allow the electorate to demand accountability of the candidate’s even before one them is elected president,” Mrs Jean Mensa, Executive Director of the Institute told journalists at the campaign launch.

She said the move would deepen democracy and ensure real concerns of citizens are addressed by the candidates seeking to manage the national economy.

“I think the politicians must be accountable to the people. We must ensure they address issues of Ghanaian citizens,” she said.

“This year marks the fifth consecutive time the IEA is holding presidential debate in the country. To broaden participation in the debates, the IEA launched its new initiative, “#IWANTTOKNOW” campaign.

“The aim of the campaign is to promote citizens ownership of the electoral process and encourage them to send in questions they would like to ask the presidential and vice presidential candidates if they could speak directly to them,” she said.