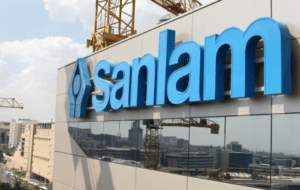 The South African based financial services company, Sanlam Group has announced ‘solid first-half results in 2016’, despite what it describes as ‘unsupportive business environment’, citing Ghana for good growth.

In the 2015 financial year, the group posted heavy losses in its African real estate operations citing deteriorating economic conditions and debt burdens as the main factors for the losses.

The net profits attributable to shareholders stood at $4.6 million as at 31 December 2014, however dropping earnings from $8.5 million in 2014 to $2.4 million in 2015 coupled with a heavy impairment on loans of $2.8 million last year are apparently the two major items that contributed to the loss of $4.98 million in 2015.

The Group has however, announced solid operational results for the six months to 30 June 2016, and considers Return on Group Equity Value (RoGEV) as the most appropriate measure of long-term performance and value creation, given the diversified nature of it’s operations. The Group said it achieved RoGEV of 7.9 per cent, well in excess of its internal return target.

It says its net operating profit of R4 billion, which is approximately some $281 million increased by 11 per cent compared to the same period in 2015.

“This was supported by a strong performance by Sanlam Emerging Markets (SEM) and solid growth at Sanlam Personal Finance (SPF). SEM and SPF both reported maiden contributions from recently acquired businesses, namely Saham Finances, R95 million, approximately $6.7 million and Afrocentric made R43 million, which is approximately $3 million,” it said.

Attributing its strong performance to the sustained focus on its strategy and the resilience of its operations, Sanlam said that was notwithstanding an unsupportive business environment during the period.

The Group reported strong contributions from India, where it recorded growth of 73 per cent or 14 per cent in constant currency terms and excluding the abnormal equipment finance and bad debt provisions recognised in the first half of 2015. The Group also recorded growth in Namibia, 29 per cent and Botswana, 19 per cent growth.

It however, recorded some decline in some sections of its operations.

The Rest of Africa operations, excluding Saham Finances, recorded a 23 per cent decline in net operating profit. However, reporting a first-time contribution by Zimbabwe and good growth in Ghana, Nigeria and Tanzania, it said these figures were more than offset by a lower profit contribution from Zambia, Malawi and Rwanda, lower residential property sales in Kenya and an increase in cluster level cost allocations based on the expanded central support capacity.

In Malaysia, the Group also reports that net operating profit decreased by 43 per cent, the aggregate of 55 per cent growth in general insurance earnings and a net loss of R10 million, which is approximately $701 million from the life insurance operations.

Sanlam’s new business volumes have however posted an increase of 15 per cent to R115 billion, approximately $8 billion.

According to Sanlam, however, headline earnings growth was negatively affected by lower investment returns on shareholder funds due to a relatively weaker performance during the first six months of 2016 from local and some of the non-South African equity markets to which the Group has an exposure.

“The effect of the latter was aggravated by the sharp appreciation in the Rand exchange rate over the reporting period, while the increase in the Capital Gains Tax inclusion rate in South Africa also required a once-off adjustment to the related tax provision,” the Group said.

By Emmanuel K. Dogbevi
Copyright © 2015 by Creative Imaginations Publicity
All rights reserved. This news item or any portion thereof may not be reproduced or used in any manner whatsoever without the express written permission of the publisher except for the use of brief quotations in reviews.