August 17, 2016 Lead, Oil & Gas Comments Off on Mahama to turn-on valve on FPSO Atta Mills for start of production at TEN

A statement from the Ministry of Petroleum said President Mahama would be accompanied by the Minister for Petroleum, Mr Emmanuel Armah-Kofi Buah to perform the task.

The ceremony which will be held offshore on the FPSO will have the President also opening a Subsea Well Choke, unveiling a plaque to commemorate the ceremonial event and will be followed by a grand durbar of chiefs and people of the Western Region with government officials and other dignitaries at Takoradi.

The TEN Project is a joint venture led by Tullow Oil with a stake of 47.185 per cent.

The project derives its name from the three fields, Tweneboa, Enyenra and Ntomme (TEN), which lie around 60 kilometres off the coast of the Western Region, Ghana.

The full field development will consist of 24 wells in total – a mixture of water injection, gas injection and production wells.

At start-up, 10 wells will be required and these have already been drilled.

FPSO John Evans Atta Mills has been anchored over the fields with a significant amount of subsea production equipment installed on the seabed.

TEN is expected to produce about 300 million barrels of oil equivalent (mmboe) over a 20 year period, 80 per cent of which is oil and 20 per cent gas. The field will produce 80,000 barrels of oil and 180mm scf of gas per day when it reaches full production.

With additional gas coming on stream, Ghana will be inching towards achieving the target of 80 per cent of her thermal plants being gas-based generation and therefore assuring some level of fuel security going forward.

One key focus of Government has been the active participation of Ghanaians across the entire petroleum sector value chain.

It is for this reason that, Government ensured that the TEN Partners maximized local content throughout the project before approving the Plan of Development (PoD).

Every TEN Project contractor was required to submit a comprehensive local content plan as part of their bids for contracts, outlining how they would maximize the amount of work undertaken in Ghana and ensure training of Ghanaians.

The Ministry of Petroleum congratulated everyone who contributed to making the project a success and said the government would continue to work assiduously to ensure that the hydrocarbon find becomes a blessing and not a curse.

Ghana receives more than $970m in petroleum revenues in 2018 – Report 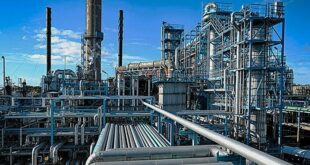 The Interim Management Committee (IMC) of the Tema Oil Refinery (TOR) has interdicted some staff, …