Home / Politics / NDC targets two-thirds majority in the next Parliament

NDC targets two-thirds majority in the next Parliament

August 15, 2016 Politics Comments Off on NDC targets two-thirds majority in the next Parliament 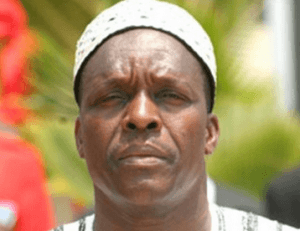 The National Democratic Congress (NDC) is targeting a two-thirds majority in the next Parliament after the December 2016 general election.

Mr Albert Sumani Bagbin, the Member of Parliament for Nadowli West Constituency and Majority Leader in Parliament, who made this known at the National Campaign Launch of the NDC in Cape Coast, said the target was to prevent the pain and waste occasioned by decisions of Parliament.

The launch of the Campaign on the theme: “Changing Lives, Transforming Ghana,” was attended by party bigwigs, ministers of state, Council of State members, chief executives of the various districts, municipal and metropolitan assemblies, party faithful and supporters who cheered and cheered amidst slogans.

He said the NDC having a two-thirds majority in Parliament would help improve democratic development and progress of the country.

According to him, the NDC had a solid, credible and realistic campaign message and that they were poised for victory come December 2016 but cautioned against complacency.

Mr Bagbin was convinced that the foundation laid by the Founder of the party, President Jerry John Rawlings, and continued by late President Mills and now being championed by President John Dramani Mahama would give the party nothing but victory.

Former President Rawlings said the opposition New Patriotic Party (NPP) could not be underestimated in the upcoming elections and entreated party faithful to recognise the task ahead and work harder towards it.

He said the NPP by their character and what they stood for was better off in opposition but could pull surprises if the NDC remained complacent.

Former President Rawlings, therefore, advised the NDC not to allow undue provocations to create undue tension among them and carry their campaign message responsibly to ensure clear, stable and peaceful elections.

He urged them not to mimic the character and behaviour of the NPP but lead the principles and values of the circumstances that gave birth to the NDC.

This, when done, would ultimately make them stronger and difficult to defeat and remain in power for a longer period, he said.

Mr Kofi Adams, the National Organiser and Campaign Coordinator of the NDC, said the NPP flag bearer, Nana Akufo Addo, had failed his primary test of leading his party and for that matter did not deserved to be given the nod as president to mismanage the affairs of the country.

He said: “The NPP is a party specialised in confusion, lies, riots, and deception.  And Ghanaians would make a big mistake if they vote for Akufo Addo and the NPP.”

Mr Adams said unlike the NPP, the NDC was a formidable and united party that accepted all divergent views and opinions from all and sundry.

Mr Adams said he was optimistic that the direction and purpose of the leadership of President Mahama would make him victorious in the December polls.

Other speakers who took turns to address the enthusiastic party faithful who sung and cheered to declare their unwavering support for the party had their messages centered on the developmental projects being undertaken across the country and the track record of the NDC.

Key among the projects, they said, were the Cape Coast Stadium, the very venue where the programme was held, the Kotokuraba Market, Komenda Sugar Factory, and Elmina Fish Processing Factory all in the Central Region.