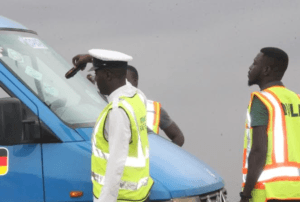 The Driver and Vehicle Licensing Authority (DVLA) has commenced the digitisation of all vehicle records to make information accessible to stakeholders.

The exercise, which is expected to end in October is projected to digitise two million vehicle records.

Mr Kwaku Afari, the Public Relations Officer, DVLA said the process would enhance the smooth operations of the authority.

Mr Afari, speaking at the Authority’s National task force exercise said once the process is completed it would be at the disposal of the Motor Transport and Traffic Directorate (MMTD) personnel of the Ghana Police Service to enable them confirm any information on drivers.

The Taskforce embarked on an exercise to clamp down on drivers and vehicle owners with invalid or inappropriate driving documentation.

The team, made up of officials of the DVLA and the MTTD, was to arrest and prosecute vehicle owners and drivers who drive without appropriate driving documentation.

The Authority said in spite of the public education, a number of vehicle owners and drivers violate some road traffic regulations relating to the use of valid learner driving licence, driving with valid driving licence and renewal/replacing driving licence.

He said the exercise was timely because people’s lives were at stake with drivers using invalid and inappropriate documents to drive.

He said the exercise is been held simultaneously around the country and would be sustained in order to engender compliance with the law at all times.

He said the exercise is to ensure compliance with the law and educate drivers on road traffic regulations.

He said out of the total number 320 vehicles were prohibited with various effects, 15 people with fake licenses, 23 people with fake roadworthy certificates, 14 people with expired driving licenses while 20 people were arrested for driving without licenses.

He said most of the drivers violate the road traffic regulation to use the right class of driving licence for the appropriate vehicle and the renewal of vehicle roadworthiness certification.