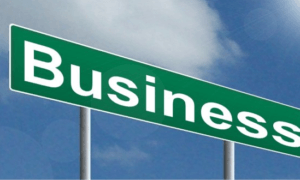 The company would deal with all key investments and other economic ventures that have the potential of generating revenue for the assembly to allow it to concentrate on its core mandate.

Approval of the formation of the Awutu Senya Investment Holding Company followed the recommendations by the Executive Committee of the assembly tasked to deliberate on the matter at its previous sitting.

The ASIHC has Mr Sampson Abbey-Armah, the District Chief Executive, as the Chairman of the Board of Directors who would assist management in its operations.

The assembly also endorsed the Executive Committee’s proposal to transfer to the company assets of Awutu-Bawjiase Market, the Ural Technology Facility Investment at Awutu-Beraku, and the proposed housing project to be established at Awutu-Beraku.

According to Mr Abbey-Armah, the Executive Committee’s recommendations were based on Section 33 of the Local Government Act, Act 462, which enjoins assemblies to undertake commercial activities with other sister districts.

Mr Abbey-Armah, addressing the third section of the assembly, pledged the Board’s preparedness to ensure credible performance for the maximum success of the company.

He reminded the assembly members and staff of the need to be neutral in the political campaign and strive to avoid actions that could sow seeds of discord among them.

He said the cardinal responsibility as elected representatives of the people and workers of the nation was to provide the expected credible services to the public to facilitate the development of the area.

Mr Joseph Anderson, the Presiding Member of the Assembly, praised members for giving their blessing to the establishment of the company and appealed to them to support it to attain its objectives.

Earlier, the assembly, to help reduce the huge expenditure incurred on funerals in the area, unanimously endorsed the Funeral By-laws prepared by the key stakeholders in the Senya Beraku Traditional Area.