July 18, 2016 General News Comments Off on Dumsor, a business opportunity 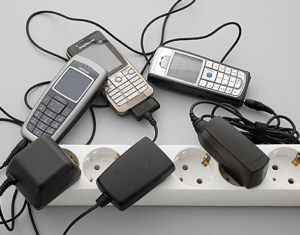 The current erratic power supply popularly called: “Dumsor,” facing the country had compelled a number of people to set up small businesses to charge mobile phones for a fee.

These emerging businessmen use various means to get access to power to charge the phones including power packs or generators.

With a chair, table, umbrella or other means of a shade, a generator or power source one is ready to operate a phone charging business.

Mr Daniel Chukwuma, one of such businessmen plying his trade at Tema Station in Accra, told the Ghana News Agency in an interview that he had operated the business for five years now.

Mr Chukwuma added that during the time of massive Dumsor” the number of clients increased. There could be up to about 40 people coming to charge their phones a day.

Apart from the use of generator they also rely on the use of electricity to operate.

However, it becomes a problem when the profit they earn is being used to provide fuel for the generator.

There are also instances when customers complain about their batteries being changed or missing memory cards, while patronising such services.