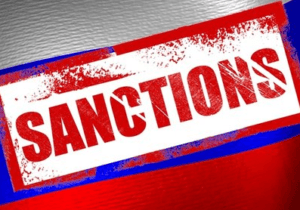 The Swedruman Council of Chiefs Sanitation Committee, has summoned FBN Bank Swedru branch and Dukes Petroleum Company to the Chiefs’ Palace to explain the reason for refusing to partake in the recent National Sanitation Day (NSD) clean-up exercise.

Nana Kwame Anase, Vice Chairman of the Committee made this known to the media after six hours clean-up exercise at Agona Swedru in the Central Region.

He said the Council would apply its bye-laws against the FBN Bank and Dukes Petroleum Company.

Nana Ogidigram Aseidu Kobena Botwe II, Swedruhene and President of the Council and some of his subjects took part in the exercise.

According to the Vice Chairman, the National Sanitation Day Committee of the Agoona West Municipal Assembly officially wrote to all institutions, transport unions, civil society organisations and others about the last Saturday’s exercise.

He said the punishment that would be meted out to those who failed to turn up would serve as deterrent to others.

Mr Charles Obeng-Inkoom, Member of Parliament (MP) for Agona West asked Assembly members to advocate the need for residents to desist from littering the streets.

He said the Assembly members have role to play in ensuring environmental cleanliness in their electoral areas to avert outbreak of cholera and other communicable diseases.

The MP commended the SDA Church branches in Agona Swedru and Agona Nyakrom for their massive support of the NSD other churches to emulate the good example.

He said the Assembly has procured plastic dustbins and allocated them to residents at a token fee as part of the efforts to keep the Municipality clean.