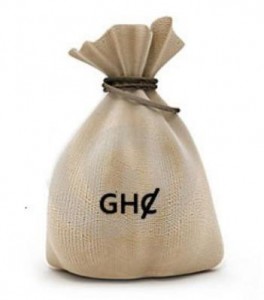 The Ghana Community Network Services Limited (GCNet) on Friday presented a cheque for GH¢10 million to the Ministry of Finance as the final dividend payment for the 2015 fiscal year.

The amount represents Ghana Revenue Authority’s 20 per cent equity shareholding in the company.

Dr Nortey K. Omaboe, the GCNet Executive Chairman, who presented the cheque to the Deputy Minister of Finance, Mrs Mona Helen Quartey, said the amount added up to an earlier GH¢15 million interim dividend that was paid to the Government last year, bringing the total dividend payment to GH¢25 million.

He assured the Finance Ministry that GCNet had duly paid all dividend owed the GCB Bank and the Ghana Shippers’ Authority for their five per cent and 10 per cent stake, of which they received GH¢5 million and GH¢2.5 million respectively for the same fiscal year.

He said besides the direct dividend payments made, GCNet, as a corporate entity, has remained committed over the years to paying Income Tax, Value Added Tax (VAT) and Withholding Tax as part of its statutory obligation to the Government.

Dr Omaboe said those financial contributions to Government revenue were clear manifestation of the fact that the return on the investment that Government made in GCNet had been very rewarding.

He said it also showed that a well-structured Public Private Partnership could be mutually beneficial for its partners.

Mrs Quartey congratulated GCNet for being consistent in its payments of dividend in spite of the current challenging economic conditions and encouraged the company to strive harder in order to raise its dividend in the ensuing year.