TMA pledges social centres for the elderly in Tema

July 3, 2016 General News Comments Off on TMA pledges social centres for the elderly in Tema 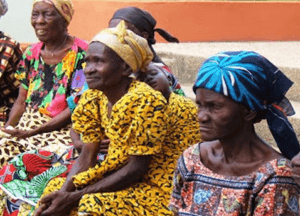 Mr Issac  Ashai Odamtten,  Chief Executive  of the Tema Metropolitan Assembly (TMA) has hinted on the Assembly’s plans to set up social centres for the elderly.

He made this revelation in an address to a cross-section of senior citizens of Tema at the Tema Municipal Assembly headquarters on Republic Day.

According to him, these social centres which would be sited at Tema Newtown and the Baatsona enclave will serve as recreational centres for the elderly.

He again noted that as part of the reconstruction of the Tema Children’s Park, a section would be designed solely for the recreation of the elderly.

He also indicated the Assembly’s plans to commence a social health programme in collaboration with the Metro Health Directorate that would serve as a health outreach service within the communities  for the elderly.

“It is through the toil of you great senior citizens that the firm foundation of this nation was laid, and the nation is proud of you, ” Mr Odamtten said.

He observed that their time was an era of selfless service to the nation.”

He pledged that through the senior citizen’s association of Ghana, Tema chapter, the Assembly would offer 30 per cent rebate on the property rates of the elderly.

Mr Richard Fiadomo, Presiding Member, Tema Metropolitan Assembly appealed to the elderly to always channel issues through their to be addressed by the Assembly.

Mr Paul Enyonam Tamaklo, Deputy Chief Fire Officer (rtd) and former Tema Regional Commander, was full of praise for the government for instituting such a day to honour senior citizens who have contributed immensely to the development of the nation.

“I believed that many elderly homes should be created at short distances to allow the elderly access. But some of the elderly  do not have homes to go to,” he indicated.

Mr Alfred Benjamin Crenstil, one of Ghana’s highlife exports and a resident of Tema, entertained the gathering with some of his songs. friend?