TMA to sponsor Muslims to Mecca

July 1, 2016 General News Comments Off on TMA to sponsor Muslims to Mecca 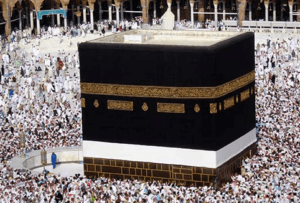 The Tema Metropolitan Assembly (TMA) would sponsor eight Muslims to this year’s Hajj Pilgrimage in Mecca.

Mr Isaac Ashai Odamtten, Tema Metropolitan Chief Executive, announced this on Thursday during a Muslim intercessory prayers for Tema which was organized by the TMA.

Mr Odamtten indicated that his outfit sponsored two and four Muslims for the 2014 and 2015 pilgrimage respectively.

He expressed hope that at least two women will be selected among the eight to benefit from the sponsorship.

According to him, the gesture was to encourage more Muslims to travel to the Holy land of Mecca to intercede for the country for a peaceful election.

He said it was in that light that the TMA organized the intercessory prayers to seek the face of God for continuous peace in the Metropolis and the country as a whole.

The MCE thanked the Muslim community for their support over the years and called on them and other religious organizations to encourage their members to value peace.

Muslim leaders from all the 60 mosques in the Metropolis participated in the prayers and recited the Quran.

The TMA  presented 126 bags of rice and 100 cartons of cooking oil to the Muslims in aid of the Ramadan celebrations.