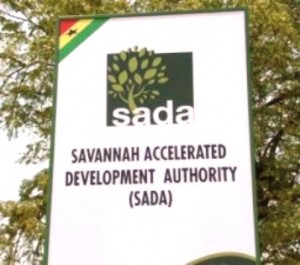 The Savanna Accelerated Development Authority (SADA) has called for a comprehensive national policy to tackle surging bush fires in the Northern Savanna Ecological Zones, to curb looming food insecurity in the country.

According to the Agency, perennial bush fires had become a burden in the Northern, Upper East and Upper West as well as parts of the Brong-Ahafo and Volta Regions, noted for food production and radical measures must be stepped up to control the situation.

Mrs. Diana Dufie Jehu-Appiah, the Brong-Ahafo Regional Coordinator of SADA, who made call in an interview with the Ghana News Agency (GNA) Monday said bush fires had caused considerable devastation to all the Region’s 63 SADA beneficiary communities.

She blamed bush-hunting, palm wine tapping and cattle grazing for being the   major contributory factors to bush fires which was denuding large farms and destroying the Eco-system as well.

“This unpleasant situation, was not different in the other regions, indicating that the country’s failure to address the menace, would lead to food insecurity and increase poverty in the ensuing years,  she observed”,

Mrs. Jehu-Appiah spoke to the GNA on the sideline of a workshop held at Kintampo to collate views and inputs into the medium-term development and master plan of SADA to impress upon Municipal and District Assemblies the need to strictly enforce by-laws on bush fires.

With support from the USAID, the workshop was organized by the Coalition of SADA Zones CSOs and attended by planning officers from the various Municipal and District Assemblies, Agriculture Extension Officers and representatives of civil society organisations.

She pointed out that until punitive laws were enacted and enforced, perpetrators of bush fires would not be deterred to stop the bad practice.

Mr. Robert Ayorogo, the Executive Secretary of the Coalition said it was poised to ensure that the new SADA did not repeat the mistakes which virtually collapsed the Authority.

He stated the importance to ensure that the development priorities, needs and aspirations of the SADA beneficiaries, who were mostly the poor and vulnerable, were adequately captured in the plan and processes of SADA.

“Based on that, appropriate budgets could be made and realistic programmes and projects could be rolled out to benefit the people,” Mr. Ayorogo added.

The SADA is an independent body for coordinating a comprehensive development agenda for the northern Savannah ecological zone in the country.