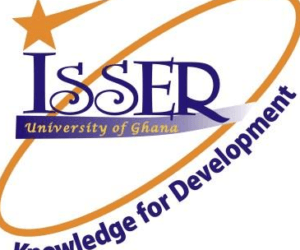 While, globally, most think tanks have become transparent about their sources of funding, only one Ghana think tank scored five stars in Transparify’s Think Tank Transparency 2016 report released today June 29, 2016.

Additionally, ISSER, of the University of Ghana, is among the top ten think tanks in the world that are highly transparent. ISSER is one of the three from Africa. The others from Africa  are the Ethiopian Economic Policy Research Institute and the South African Institute of International Affairs (SAIIA).

The report by Transparify, a non-profit initiative based in Georgia (Caucasus), rated 200 think tanks in 47 countries based on their levels of online disclosure.

According to the report, it discovered that an unprecedented number of policy research and advocacy organizations are now broadly or highly transparent, publishing the names of their donors and information on the amounts given by each donor on their websites.

“Transparency levels among African think tanks continue to improve at a rapid pace. Back in 2013, the best performer in our sample was a single 3-star institution. Today, out of the 23 think tanks in the original cohort, seven are transparent. Only four organizations remain highly opaque,” the report said.

The report notes that more and more think tanks are discovering that while transparency carries low costs, it can bring huge benefits in terms of signalling commitment to intellectual independence, integrity, excellence in research, and the credibility that comes from respecting democratic norms while participating in democratic debates.

In a press release, Transparify indicated that the list of think tanks that have become highly transparent over the past year includes institutions with global name recognition like the Brussels-based International Crisis Group as well as national centres of excellence like Ghana’s Institute of Statistical, Social & Economic Research (ISSER) and Georgia’s Caucasus Institute for Peace, Democracy & Development (CIPDD).

Several think tanks in Africa distinguished themselves this year by becoming 5-star transparent, the report notes.

“For several years, Transparify was only able to find two highly transparent think tanks on the continent, transparency pioneers African Economic Research Consortium and IEA Kenya, both based in Nairobi. This year, the Ethiopian Economic Policy Research Institute, Ghana’s ISSER, and South Africa’s Corruption Watch and SAIIA also earned a 5-star rating and joined the global club of top transparency performers,” it said.

“These highly transparent institutions set a positive example for the sector as a whole, both nationally and internationally.

Once one think tank discloses exactly how much money it receives from each donor, and for what purposes, it raises the bar for all other players in the country. If one institution can do it, all institutions can do it,” Dr Hans Gutbrod, Executive Director of Transparify was quoted as saying.

The organization pointed out that its researchers found that only 102 of the think tanks assessed remain opaque, down from 144 four years ago.

“The number of organizations who still consider it acceptable to take money from hidden hands behind closed doors is rapidly dwindling. They are running out of excuses,” Dr Gutbrod added.

Transparency appears to be a one-way street, the organisation noted, indicating that year by year, more think tanks around the world have become transparent. At the same time, there has been very little backsliding.

But it admits; “Where we have seen reductions in transparency scores, it was usually because information had become out of date, rather than through purposeful reduction of disclosure.”