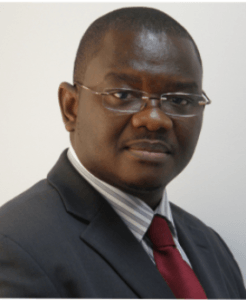 Mr Sylvester Mensah, former Chief Executive Officer (CEO) of the National Health Insurance Authority has lauded the Government for the inquest of his tenure at the Authority, describing it legitimate but painful as it injured his reputation.

Mr Mensah’s accounts were frozen when the Bureau of National Investigations (BNI), was investigating him over allegations of financial malpractices that allegedly occurred at the NHIA during his tenure in office.

But the Financial Intelligence Centre, after completing its investigations into the allegations, asked the Financial Tax Court to release the accounts because it found no wrongdoing against Mr Mensah.

The court order was based on a BNI statement that its investigations did not establish any wrong doing or act of indiscretion against Mr Mensah.

Mr Mensah, who is also former MP for La Dadekotopon in an interactiont with journalists in Accra, after meeting with the constituents, said the conduct of the investigations into the operations of public institutions was normal, adding that he was pleased that he was vindicated.

“I am glad that there were no adverse findings against me. It has been an extremely painful experience, but of course a legitimate action.”

The former MP, who has served as the Greater Accra Regional Secretary of the governing National Democratic Congress thanked all who stood behind him in those difficult times.

He urged all to remain united, committed and focused towards victory at the November 7 general election, pleading with the party faithful to avoid making reference to the investigation and close that chapter.

“It is very necessary we re-strategise to maintain our hold on this constituency. We are on course and therefore I urge the rank and file of our great party to support the transformational agenda of our dear President to secure a one touch victory in the November polls.”

Mr Mensah was arrested and detained at the BNI on New Year’s Day 2016, when he reported himself at the security outfit in response to an invitation from the Bureau’s Director.

He was subsequently released on bail after some 11 hours in custody. Prior to his January 1 detention, seven fully armed BNI officials allegedly raided his private residence in search of him and created a scene, which attracted neighbours and passers-by.

The allegations against him were that in his tenure as CEO of the NHIA, he paid false claims to some service providers in order that he could benefit from them.