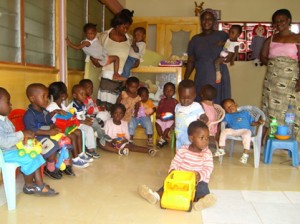 Mr Sylvester Kyei Gyamfi, Principal Programme Officer of the Department of Gender, Children and Social Protection, says the current Child Protection Act 560, has not helped in the promotion of child and family welfare programmes.

He therefore called  for a paradigm shift for the proper dissemination of information in child protection, growth and abuse as well as development.

Mr Gyamfi made this known at a “Regional Sensitisation Child Welfare Policy Workshop” organised in Wa.

The Department of Social Development organised the forum for traditional authorities, faith base organisations and  non-governmental organisations on the Child Welfare Policy to help improve the system at the grassroots level.

Mr Chris Lartey, Programme Officer at the Department of Gender, Children and Social Protection, said the sector Ministry considered it necessary to partner stakeholders from the grassroots level to have a better system at the community level.

He said the Ministry has been to 20 districts including two districts each from the  Upper West Region and noticed efforts to protect and educate the children had hit, hence the need for the implementation of the policy by involving parents and structures.

Madam Abobo Latifa, Regional Director of the Department of Children, said the programme is to serve as a working document for the Ministry to improve on its work.

She said UNICEF is partnering the Ministry to carry out the programme and at the regional level, a committee has been formed and sub-committees would also be established at the districts to be responsible for ensuring a change in the people with regards to child protection, growth, welfare and development.

Madam Latifa called for effective education on parenting and helping traditional authorities to change attitude and behaviour towards child protection as well as establishing control to eliminate child abuse in school.

Teachers and schools should also be supported to identify potentials victims of child abuse while efforts are being made to increase resources in child protection budget.

Madam Latifa mentioned inadequate finance and logistic support, skill personnel, misunderstanding between the planning and the social welfare committees as some of the challenges impeding the operations of the Department.