June 17, 2016 General News Comments Off on Ghana to implement SOLAS on July 1 for safety in shipping industry 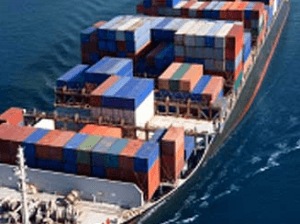 The International Maritime Organisation’s (IMO) mandatory amendment of Safety of Life at Sea (SOLAS) would be implemented in Ghana on July 1.

Mrs Naa Densua Aryeetey, Head of Shipper Services and Trade Facilitation at the Ghana Shippers Authority (GSA), who announced it said the Convention is making it compulsory for shippers to weigh, certify and declare the weight of stuffed containers prior to their being loaded on board a vessel.

Speaking at the fifth maritime seminar for journalists in Accra on Wednesday, Mrs Aryeetey said SOLAS convention covers about 99 per cent of all merchant ships globally that travel long distances.

She said the 1974 maritime laws were amended and approved since 2010 and 2014 to protect lives on the sea that was recording many accidents and ship wrecks due to under-declaration of proper weights of loaded containers.

The Ghana Shippers Authority (GSA) in collaboration with the Ghana Journalists Association (GJA) organised the seminar for media practitioners to help provide them with valuable knowledge on the maritime sector especially in the area of recent developments, which affects the operations of the maritime sector nationally and globally.

The seminar, which was attended by both editors and reporters, was on the theme: “Current Developments in the Maritime Industry-Ghana’s Readiness.”

Mrs Aryeety said the GSA has been collaborating with the appropriate authorities like the Ghana Standards Authority, the Shippers and Exporters groups, and the Freight forwarders, to make the necessary preparations, including workshops and seminars as a means of educating and building capacities of stakeholders to kick start the SOLAS.

She said the Ghana Standard Authority have been mandated to ensure that all lifting equipment, terminal operating machines, weigh bridges, among other things, were properly calibrated to conform with international standards to enable the easy take-off of SOLAS.

She said it is therefore, necessary for the media, as critical partners to be trained on the introduction of SOLAS so they could effectively educate shippers and other stakeholders on the new convention.

Mrs Aryeety said on June 20, SOLAS would be introduced on a pilot base in the country to see the readiness of shippers in operating under the SOLAS before it would finally be implemented in July.

He said the concept had also come to help facilitate trade faster for traders and businesses.

“This would help improve import, export, transit procedures and documentation as they help facilitate trade” he said.

Mr Fiifi  Fiavi Kwetey, Minister of Transport said government is determined to ensure that beyond the provision of appropriate infrastructure and legal framework in the Maritime Transport Sector, the issues of proliferation of charges at the ports and its attendant increase in the cost of doing business are fully addressed, to ensure competitiveness of shippers and service provisions alike.