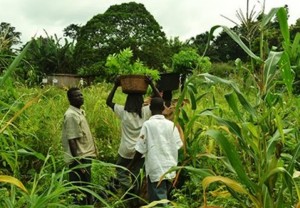 The Peasant Farmers Association of Ghana (PFAG) has called on Parliament to design a “Sui Generis” of protection for plant varieties for farmers.

It should be a “custom made” plant variety protection suitable for the seed and agricultural systems that prevail in the country.

Mr Charles Nyaaba, the PFAG Programme Officer, made the call during a meeting with the team leader of Bills Symposium Series, an advocacy network in parliament in Accra.

The meeting was for the two institutions to see how best to advocate the suspension of the Plant Breeders Bill (PBB), currently in parliament.

The PBB, among other things, is to ensure a genetic diversity of food crops but has faced strong resistance from farmer groups, the Convention Peoples Party and scores of civil society activists.

He said the Sui generic bill would address the concerns of smallholder farmers in the country.

He said there is the need for a new bill to consider indigenous knowledge and rights of peasant farmers.

He said there is a huge gap and some inconsistence in the current PBB before Parliament.

Mr Nyaaba said PFAG and its collaborative partners would adopt other strategies to enable them advocate the suspension of the bill.

He appealed to the Speaker of Parliament to ensure that the broad consultant, he recommended takes place.

Mr Samuel Obeng, Team leader of Bills Symposium Series, told the Association that once they strategies are not properly channeled not much could be achieved.

He said any efforts to change the objectives of the bill could never succeed, adding Parliamentary lobbying needs various approaches to achieve its aim.

He said as part of their support, the team would provide technical advice and other services to the Association.