Over 103,000 Ghanaians being held in modern slavery – Foundation

June 1, 2016 General News, Lead Comments Off on Over 103,000 Ghanaians being held in modern slavery – Foundation 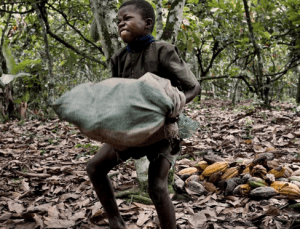 When the Foundation published the very first Index in 2013 an estimated 170,000 to 190,000 persons living in Ghana were being enslaved.

The Global Slavery Index 2013 which was released in October by, showed that Ghana was the 18th-worst slave country in the world out of 162 countries.

In the 2016 Index the foundation says the main industries of concern for forced labour in Ghana are farming and fishing, retail sales, manual labour and factory work.

It also said an estimated 21,000 children work fishing along the Volta Lake and its environs.

The Global Slavery Index estimates that 6.245 million people in sub-Saharan Africa are enslaved – about 13.6 per cent of the global number.

The region is plagued with human trafficking – mostly of women and children – recruitment of child soldiers and forced early marriage.

While the slavery index scores the average vulnerability in sub-Saharan Africa at 47.3 per cent, the average government response rating is scored at 28.2 per cent.

“Government responses to modern slavery in sub-Saharan Africa were characterised by inadequate victim protection and a lack of coordination between government agencies and NGO bodies,” the Walk Free Foundation said.

It added that while every country within the region is involved in regional bodies acting against modern slavery or human trafficking, and 19 have signed bilateral agreements to cooperate on modern slavery issues, information on the effectiveness of implementation of these agreements is not available.

According to the organization only Burkina Faso has criminalised all forms of modern slavery, including the use of children in armed conflict but even then the laws “do not necessarily result in adequate sentences.”