Apple tops US non-financial companies holding cash up to $1.68 trillion

May 31, 2016 Africa/International Comments Off on Apple tops US non-financial companies holding cash up to $1.68 trillion 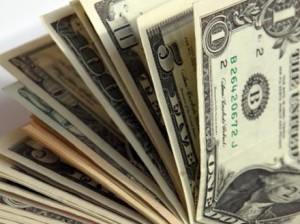 According to credit rating agency Moody’s, America’s non-financial companies rated by the agency held a total of $1.68 trillion in cash at the end of 2015, an increase of 1.8 per cent from $1.65 trillion in the previous year.

The agency, in a new report, said the top 50 holders of cash alone accounted for $1.14 trillion of the total cash, and entry to the top 50 list now requires a minimum of $6.12 billion in cash.

Apple alone held $215.7 billion in total cash for the period, maintaining the top spot since 2009.

According to the report by Moody’s, the top four cash-heavy industries in the US remain technology, healthcare/pharmaceuticals, consumer products, and energy. These four industries currently hold a record $1.3 trillion which is 77 per cent of total cash of the non-financial corporates, and have accounted for more than 72 per cent of the total every year since 2007.

“While the concentration of cash among the top-rated cash holders continues to grow, so too has the portion held by the technology sector, which accounted for a record 46 per cent of total cash in 2015, up from 41 per cent in 2014,” Richard Lane, a Moody’s Senior Vice President said.

Moody’s expects the technology sector’s cash concentration to rise over the next year despite stronger returns of capital to shareholders, due to the sector’s strong cash flow generation.

Dividends increased by 4 per cent to a record high of $404 billion.

Moody’s said acquisition spending increased 43 per cent, to a record $401 billion and for the first time since 2012, cash coverage of aggregate debt maturities over the next five years fell below 100 per cent to 93 per cent at the end of 2015.