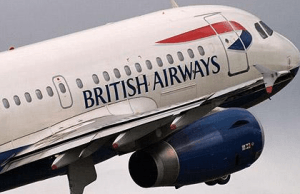 British Airways has announced special summer fares on return flights from Accra to London from now until June 5, 2016.

A statement from the airline said although summer in Britain is stereotypically associated with Wimbledon, there is much more to it than strawberries and cream at the All England Club, with major events like Royal Ascot, the Glastonbury Festival and the Edinburgh International Film Festival all happening in June.

“Following Leicester City’s fairy tale Premiership win and Manchester United’s FA Cup triumph, sports fans might have been mistaken for thinking that there wasn’t much else going on until the league starts again in August. There is. Besides more Wimbledon tennis, there is the British Formula One Grand Prix and the British Open Golf Championships,” the Airline said.

“Now is a great time to visit London and the UK,” said British Airways’ Commercial Manager for Ghana, Kevin Leung.

“Besides the big-name events there’s always plenty of things to do from sightseeing to shopping, something as simple as a picnic in the park to the Harry Potter tour at Warner Brothers, or even taking in the summer solstice at Stonehenge.”

British Airways flies daily from Accra to London, with evening departures arriving early the following morning. The schedule means customers can make the most of their time in the UK.

Facebook Twitter WhatsApp LinkedIn
2016-05-28
myadmin
Previous Nunoo-Mensah against over-dependency on Gov’t
Next Pan-Africanism, African Union and the quest for a United States of Africa