May 24, 2016 General News Comments Off on Trader remanded for counterfeit CFA notes 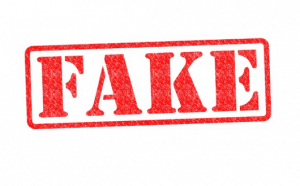 A 25-year-old trader by name of James Sarfo has been remanded into two weeks Police custody by a Half-Assini Magistrate’s court for possessing fake CFA currency notes.

The accused’s plea was not taken and he would re-appear on June 1.

Prosecuting, Police Corporal Richard Amoah, told the court presided over by Mr Abdul Majid Illiasu, that the complainant, Madam Cecilia Fordjo, is a storekeeper while the accused is a trader residing at the border town of Elubo in the Jomoro District.

He said on Thursday, May 5, around 1000 hours, the accused went to the complainant’s shop and asked her to change 20,000 CFA currency notes into Ghana Cedis.

According to the prosecutor, after the transaction, the accused sped-off in a waiting motorbike towards Aiyinasi in the Ellembelle District.

However, the complainant later detected that the CFA notes she changed into the local currency were fake and therefore instructed her son to chase the accused.

The accused was subsequently arrested at Aiyinasi and was handed over to the Police for further investigations.

The prosecution said the Police retrieved more counterfeit CFA currency notes from him.