May 14, 2016 Africa/International Comments Off on Air pollution rising in the world’s poorest cities 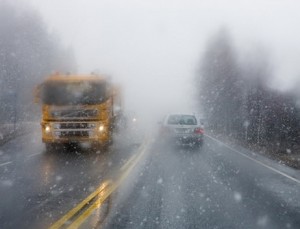 More than 80 per cent of people living in urban areas that monitor air pollution are exposed to air quality levels that exceed the World Health Organization (WHO) limits.

A new WHO data report said while all regions of the world were affected, populations in low-income cities were the most impacted.

The report, which is the latest urban air quality database, made available to the Ghana News Agency by the WHO, said 98 per cent of cities in low- and middle income countries with more than 100, 000 inhabitants did not meet WHO air quality guidelines.

It said, however, in high-income countries, that percentage decreases to 56 per cent.

The report said in the past two years, the database – now covering 3000 cities in 103 countries – had nearly doubled, with more cities measuring air pollution levels and recognising the associated health impacts.

The report said as urban air quality declined, the risk of stroke, heart disease, lung cancer, chronic and acute respiratory diseases, including asthma, increased for the people who lived in those places.

“Air pollution is a major cause of disease and death. It is good news that more cities are stepping up to monitor air quality, so when they take actions to improve it they have a benchmark,” said Dr Flavia Bustreo, WHO Assistant-Director General for Family, Women and Children’s Health.

“When dirty air blankets our cities the most vulnerable urban populations—the youngest, oldest and poorest—are the most impacted,” he said.

PM10 and PM2.5 include pollutants such as sulfate, nitrates and black carbon, which penetrate the lungs and into the cardiovascular system, posing the greatest risks to human health. Data was then analysed to develop regional trends.

The report said ambient air pollution, made of high concentrations of small and fine particulate matter, was the greatest environmental risk to health—causing more than three million premature deaths worldwide ever year.

“Urban air pollution continues to rise at an alarming rate, wreaking havoc on human health,” said Dr Maria Neira, WHO Director of the Department of Public Health, Environmental and Social Determinants of Health.

“At the same time, awareness is rising and more cities are monitoring their air quality. When air quality improves, global respiratory and cardiovascular-related illnesses decrease,” she said.

Most sources of urban outdoor air pollution are well beyond the control of individuals and demand action by cities, as well as national and international policymakers to promote cleaner transport, more efficient energy production and waste management.

Reducing industrial smokestack emissions, increasing use of renewable power sources, like solar and wind, and prioritising rapid transit, walking and cycling networks in cities are among the suite of available and affordable strategies.

“It is crucial for city and national governments to make urban air quality a health and development priority,” said Dr Carlos Dora, WHO Coordinator of Interventions for Healthy Environment.

“Reducing air pollution also brings an added climate bonus, which can become a part of a country’s commitment to the climate treaty,” he added.

The WHO urban air quality database builds on well-established, public air quality monitoring systems as a source of reliable data in different parts of the world.

The report said national efforts to create operational and representative air quality monitoring systems should be strongly encouraged and supported.