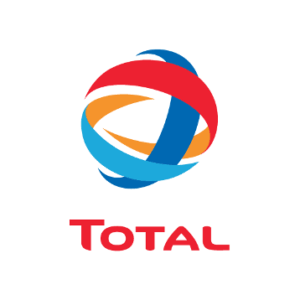 Total Petroleum Ghana Limited, as part of its three year investment programme (2014 – 2016), would invest over GH¢160 million into products and services to ensure consumer satisfaction.

Speaking at the Annual General Meeting, Mr Van-Parys said the company was reinforcing its logistics position as it just finalised and started the operation of a terminal of 24 million litres in Takoradi.

“This state-of-the-art depot is the only one in Ghana with bottom loading systems and a performance filtration system; it is a joint venture with a Ghanaian partner Fueltrade, and represents an additional investment of $20 million,” Mr Van-Parys said.

The Managing Director said the company increased its volume by 5.5 per cent mainly due to an improvement in the network sales by 9.5 per cent.

He said Total Petroleum Ghana Limited was focusing its efforts to offer the best quality in terms of products and services at the most competitive prices to ensure customer satisfaction.

Mr Van-Parys said the company was convinced that in this challenging market, delivering the right quantity and providing higher quality fuel and lubricants were key to ensuring a sustainable position in the market.

“We will continue to introduce dynamic concepts for our diversification business in our boutiques and restaurants as this will enable products and services to be more accessible to our customers nationwide,” he said.

Ms Ada Eze, the Executive Vice President of Total West Africa and Board Chairman of Total Ghana, said the company was poised to continuing its investment programme which would be directed at upgrading the existing filling/service stations and opening new ones.

She said in terms of technology transfer Total Ghana implemented a state-of-the-art laboratory in Tarkwa, which happened to be the world’s third largest ANAC laboratory after Belgium and Singapore for the Total Group, to analyse the quantity of fuels and lubricants for the mines.

Ms Eze said the laboratory was fully operated by Ghanaian staff who had been trained according to world-class standards; however, its network of service stations was managed by local independent businessmen and women who employed more than 2,000 staff.

“Total is the only Oil Marketing Company that runs a Young Dealer Scheme which gives opportunity to our customer attendants to grow in the company and to become dealers with no start-up capital,” she said.

She said through that they had access to entrepreneurship and create jobs which contributed to the growth of the Ghanaian Economy.

Ms Eze said during the year Total Ghana undertook several corporate social responsibility initiatives, the most significant being its Total Startup Challenge Project which involved providing both financial and mentoring support to young Ghanaian entrepreneurs to support projects that could provide employment and replace imports.

Total also continued its Road Safety Campaign dubbed: “Total Safety Caravan’ in 2015, which took them to northern Ghana as well as the Safety Cube Programme which was undertaken in Koforidua.

Ghana to start building China funded $1.5b coal plant in 2017