May 9, 2016 General News Comments Off on Address deficit in midwifery workforce – UNDP 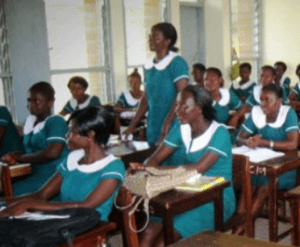 There is a deficit in the midwifery workforce in many communities where their services are desperately needed, Dr. Babatunde Ahonsi, the country representative of the United Nations Population Fund (UNFPA) in Ghana, has said.

He has, therefore, recommended that more attention be paid to midwifery education and training to bridge the glaring deficits to save lives of women and newborns.

Dr. Ahonsi said this at the launch of this year’s International Day of the Midwife, in Cape Coast, saying, that well-trained and supported midwives in communities would help reduce by two-thirds, the current maternal mortality ratio.

This year’s celebration which, marked the Silver Jubilee was on the theme: “Women and Newborn, the Heart of Midwifery”.

Dr Ahonsi said Ghana needed to significantly invest in midwifery education and training to be able to achieve its dream of reducing maternal and newborn deaths to the barest minimum by 2030.

He said that when midwives were educated to international standards and worked within a fully functional health system, they could provide about 80 per cent of the essential care to women and newborns.

He said midwives made enormous contributions to the health of mothers and newborns and the well-being of entire communities adding, that access to quality health care was a basic human right and greater investment in midwifery was key to making this right a reality for every woman.

Dr Ahonsi said the country could not meet the MDG target because there were still not enough adequately educated midwives to support the health of women and newborns, and thus the need to scale up and strengthen efforts.

He said UNFPA would continue to work with both global and national partners and the Government to strengthen midwifery skills and capacities in Ghana.

Currently, the midwifery workforce, according to statistics from the Ghana Health Service (GHS), stood at a little more than 5,000, while 1,268 graduated staff were yet to be posted.

Dr. Gloria Quansah Asare, a Deputy Director General of the GHS, said a larger number of the figure were between 45 years to 60 years, which meant that they would soon go on retirement.

She expressed worry about the situation and stressed that more people should be encouraged to enter into the midwifery profession to fill the gap.

She complained that though midwives sometimes broke their backs to work under difficult circumstances and in hard-to-reach communities, they were often forced to leave their facilities to chase promotions, back pay, educational opportunities, among other packages.

She said the GRMA envisioned a Ghana where every woman would have access to a midwife’s care in order to enhance the reproductive health of women and the health of babies.

Nana Oye Lithur, the Minister of Gender, Children and Social Protection, said the Government was committed to ensuring that child and maternal healthcare were enhanced and as such several initiatives were being implemented that effect.

She said the LEAP project, being rolled out by the Ministry was targeted at pregnant women and mothers of children less than one year to address child mortality and malnutrition.

These, she said, were available at several universities across the country and urged the midwives to take advantage of them to upgrade themselves.