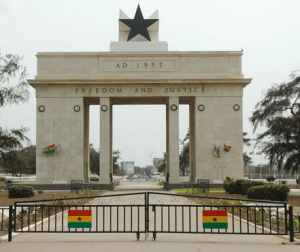 Ghana showed impressive economic growth over the years and was the first country in Sub-Saharan Africa to meet the millennium development goal one target of halving extreme poverty, Professor Mckay said at a lecture organised by UNICEF on the topic: “poverty and inequality in Ghana over 20 years”.

“Impressive overall progress in nearly all non-monetary measures of deprivation, big improvements in education, in part due to policy initiatives, health outcomes much better – access to services, nutrition and immunization.”

However, he said, disparities still existed and concerns raised about quality of services with poverty also being quite endemic in northern Ghana while income differentials continue to swell between urban and rural communities as well as the rich the poor.

Professor Mckay said child poverty was higher than the overall poverty and was also greater among farming household than any other group, he said, adding “rising inequality is a major concern.”

“We estimate that in Ghana a child is almost 40 percent more likely to live in poverty than an adult,” he said.

“This inequality has risen substantially from the 1990s when children were only 15 percent more likely to be poor than adults.”

He wondered whether it is “always the question of extent to which growth translates into better living conditions for ordinary people…so they feel growth in their pockets.”

The professor noted that if inequality increased alongside economic growth there would be less poverty reduction.

Ghana has experienced steadily increasing growth of over seven percent per year since 2005 and its per capita growth has remained relatively high following the attainment of middle income country status in 2010 and discovery of offshore oil reserves.

Despite the growth recorded, inequality has been increasing in the country and poverty remains prevalent in many areas.

Small-scale mining would be restructured to create jobs – President