May 1, 2016 General News Comments Off on Workers must stand for peaceful elections – TUC 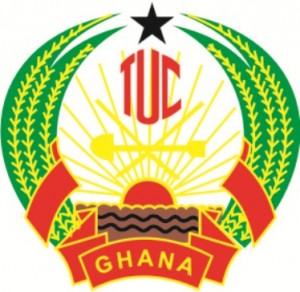 The Greater Accra Regional Secretary of the Ghana Trades Union Congress (TUC) Madam Susan Naa Sekyere, has called on workers and their unions to dedicate themselves to free, fair and peaceful elections in November.

She said the stakes were high in the forthcoming elections and called on the workers to critically examine the issues and make meaningful contributions to ensure its success.

Madam Sekyere made the call when she addressed the a parade in Tema on Sunday to celebrate Workers’ Day. The celebration was on the theme: “Election 2016: The Role of Workers in Securing Peaceful Elections for National Development.”

May Day is a day to celebrate the economic and social contributions by workers, to promote national development. It is also for workers to assess their performance vis-à-vis their working and living conditions.

Madam Sekyere expressed optimism that no matter what happens on November 7, Ghana must remain united and strengthened for the tasks ahead.

“But optimism is not enough. There are real issues that need to be addressed by all stakeholders including the Electoral Commission (EC), the Government, political parties, media and citizens of our great nation,” she said.

Madam Sekyere said the most urgent of these issues were the simmering mistrust among the stakeholders, particularly the perception of some political parties about the EC.

She said Organised Labour had already engaged the EC on preparations towards this year’s elections adding: “We appreciate the enormity of the tasks ahead of the Commission and we appreciate the efforts it has made so far.”

She called on the EC to remain resolute and faithful to its constitutional mandate and be independent and neutral at all times.

“The Commission must jealously guard its independence and neutrality and remember that it remains accountable to the good people of Ghana,” Madam Sekyere said.

“Organised Labour urges the Government to continue to support the Commission in whatever form is legally required in order that the Commission could discharge its mandate effectively,” she said.

Madam Sekyere called on the Commission to work diligently to build confidence in itself, adding that a compromised electoral process was a recipe for disaster.