ICIJ to publish searchable database of Panama Papers May 9

April 27, 2016 General News Comments Off on ICIJ to publish searchable database of Panama Papers May 9 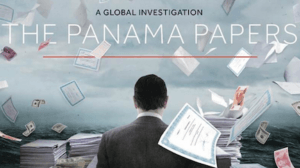 The full details contained in what has become known as the Panama Papers are not yet known but there have been some significant results including the resignation of the Prime Minister of Iceland from some news reports on the matter.

The International Consortium of Investigative Journalists (ICIJ), the lead organisation coordinating the publishing of the information in the papers, says it will finally release on May 9, 2016 “a searchable database with information on more than 200,000 offshore entities that are part of the Panama Papers investigation.”

According to ICIJ, the database will likely be the largest ever release of secret offshore companies and the people behind them.

It states that the data comes from the Panamanian law firm Mossack Fonseca, one of the top players in the offshore world, and includes information about companies, trusts, foundations and funds incorporated in 21 tax havens, from Hong Kong to Nevada in the United States.

“It links to people in more than 200 countries and territories. When the data is released, users will be able to search through the data and visualize the networks around thousands of offshore entities, including, when possible, Mossack Fonseca’s internal records of the company’s true owners. The interactive database will also include information about more than 100,000 additional companies that were part of the 2013 ICIJ Offshore Leaks investigation,” it said.

The ICIJ however, pointed out that while the database opens up a world that has never been revealed on such a massive scale, the application will not be a “data dump” of the original documents – it will be a careful release of basic corporate information.

It also stated that it won’t be releasing personal data en masse; the database will not include records of bank accounts and financial transactions, emails and other correspondence, passports and telephone numbers. The selected and limited information is being published in the public interest, the organization said.

The Panama Papers is a trove of 11.5 million leaked internal documents, about 2.6TB of data, which shows how hundreds of thousands of people are using anonymous shell companies across the world to hide their money.

The leak is the biggest in journalistic history.

Meanwhile, ghanabusinessnews.com, can confirm that 38 Ghanaians appear in the papers.

Following the leak, there have been calls around the world for legislation on shell companies.