Ghana has third highest interest rates in the world 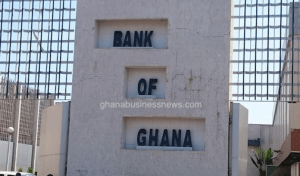 Ghana’s interest rates are the third highest when compared with over 160 countries around the world.

The Bank of Ghana’s current policy rate of 26 per cent is second only to Malawi on the African continent, which has a rate of 27 per cent.

Argentina has the only other higher rate – 35.43 per cent.

The Bank of Ghana’s policy rate inched up to 26 per cent in November 2015, ominously close to the country’s highest mark of 27.5 per cent, after rising to 25 per cent in September 2015.

The cost of borrowing in Ghana has been on the rise since 2012 and the central bank’s policy rate rose three times in 2015 alone, in response to rising inflation.

The International Monetary Fund (IMF) which is guiding Ghana’s fiscal consolidation programme under a three-year extended credit facility of $918 million, has recommended after a review in January, that the Bank of Ghana tighten monetary policy further if inflation does not fall as expected.

Some analysts have criticized the policy rate hikes, positing that the high inflation in the country is cost-push, and the central bank should rather consider lowering the policy rate to boost growth.

Of the high interest rates, Dr Henry Kofi Wampah, the former governor of the Bank of Ghana, told journalists after the Monetary Policy Committee’s last meeting in March 2016, that inflation was still high and well out of the medium term target band of 8±2 per cent, making the high policy rate imperative.

“The committee thinks that the time has not come for us to start going down on the rates. But of course we will continue to review the situation and come down as needed,” he said.

Efforts being made to restore FPSO – Petroleum Commission