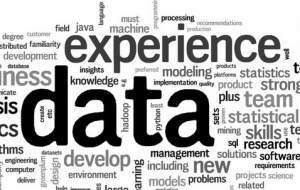 Ghana has fallen 24 places in rank, in the World Wide Web Foundation’s third Open Data Barometer which makes an inter-country assessment of governments’ performance in providing open data under the Global Open Data Initiative dedicated to open governance and accountability.

The country is ranked 70th out of 92 countries around the world, along with Burkina Faso, Senegal, Uganda and Jordan; the previous assessment ranked Ghana 46 out of 86 countries, and third in Africa.

Of the countries tied at the 70th position with Ghana in the third open data barometer, the rank represented a rise by four places for Burkina Faso and Senegal, while for Uganda and Jordan it meant a decline by only 6 and 9 places respectively.

The country’s 24-rank decline which is the worst among the 92 countries in the barometer, comes after a year of challenges in keeping Ghana’s open data portal functional round the clock.

Ghana’s open data portal (www.data.gov.gh), a free source of open data for journalists, civil society and academia established under the Ghana Open Data Initiative by the National Information Technology Agency (NITA) in 2012, was not available for several months from the third quarter of 2015.

Mr Wisdom Donkor, a software and network engineer at NITA who is the technical lead for the Ghana Open Data Initiative, explained in an interview with ghanabusinessnews.com that the data portal was not available because NITA was restructuring it under a new national action plan, to meet higher standards, after consultations with the Open Government Partnership and the World Bank.

The e-government specialist added that the open data portal was also struggling to cope with traffic to the site because a lot of people were visiting it.

“The traffic to the portal was huge, so along the line, the server somehow crashed. With the traffic that was coming in the processor couldn’t handle it. When that happens and it gets used up it breaks down the system,” he said.

The restructured portal has been deployed since February 2016 with more data and more topics as well as data visualization and analysis tools.

Mr Donkor was optimistic that Ghana would recover from the sharp decline in performance and return to very good rankings under the Open Government Partnership if the upgraded portal remains functional.

The open data barometer’s ranking was done by assessing government readiness by way of policies and action; implementation; and the resulting political, social and economic impact of open data.

The assessment used peer-reviewed expert surveys on open data; secondary data and independent expert surveys by the World Economic Forum, the World Bank, the UN Department of Economic and Social Affairs and Washington-based think tank Freedom House; and assessments of the availability of data sets.