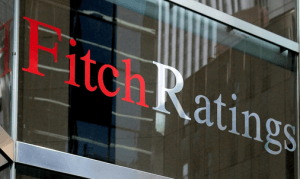 Chinese insurance companies are said to have ramped up their overseas investments after the offshore investment regulations were liberalised in October 2012 by China’s insurance regulatory commission, with the aim of boosting returns on insurers’ portfolios and it allowed for a greater diversity of overseas investments, including in more products and destination markets.

“Chinese insurers’ investments are predominantly in long-tenured, illiquid asset classes such as property, infrastructure projects and private equity. Rapid growth in these investments could lead to greater asset-liability duration mismatches if insurers rely mainly on premiums from short-tenured insurance products, such as universal life policies, to fund the offshore investments,” the agency said.

Fitch also said concentration of assets in certain sectors or regions may make Chinese insurers’ capitalisation more vulnerable to potential impairments, and insurers with limited experience in investing overseas may also face execution risks as they significantly expand their portfolios or engage in mergers and acquisitions.

“Insurers are allowed to invest in 45 stipulated national or regional markets and in asset classes, including fixed income, equities, real estate and funds. Offshore and offshore emerging market investments must not exceed 15 per cent and 10 per cent of insurers’ total assets in the previous year, respectively”, the agency said.