Home / General News / Forum on the protection of vultures ends

Forum on the protection of vultures ends

April 22, 2016 General News Comments Off on Forum on the protection of vultures ends 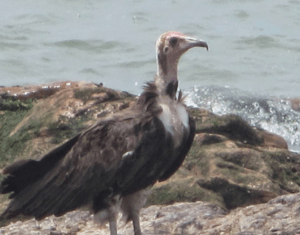 Dr Justus Deikumah, Project Director of the Indigenous Vulture Monitoring Project, has observed that the human race’s slow but robust onslaught on wildlife is a huge threat to the world’s ecosystem.

He said the earth is losing that harmony between humans and nature that sustain it.

Dr Deikumah was speaking at a forum in Ho to brainstorm on the depleting numbers of vultures in communities despite their environmental policing role.

The forum under the Indigenous Vulture Monitoring Project is a collaboration of the University Of Cape Coast Department Of Conservation Biology and Entomology and the Faculty of Applied Social Sciences, Ho Polytechnic with support from Rufford Small Grants among others.

Dr Deikumah said the Project became necessary following findings that, vulture, “a large carnivorous bird that is well known for its scavenging nature,” is endangered.

He said each of the 9,856 species of birds in the world, known and recorded, has a significant use in the environment, affecting their various zones- forests, forest fringes, waters, savannahs among others differently.

Dr Deikumah said that is why the vulture, must not be allowed to go extinct.

He said it is a pity a creature, such as the vulture should be portrayed in the negative light as filthy.

Dr Deikumah called on all, to come together to change the story of the ‘respected scavenger’- vulture.

Some of the threats to vultures, according to a project flyer, are poisoning, collision with vehicles, electrocution and the destruction of breeding sites.

Professor Kweku Monney, who represented the Dean of the Department of Conservation and Entomology, spoke on the theme: “The Significance of Vultures in keeping our Cities Free of Diseases.”

He observed that the human race’s indifference to the welfare of vultures could be due to ignorance.

Participants made up of academics, environmental health workers, students, traditional leaders and the youth later broke into groups to discuss the current vulture situation and ways to rescue the perishing creature.