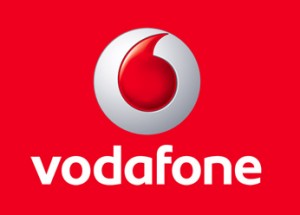 Vodafone Ghana in partnership with the government has established a Cable Court System, to deal with individuals who destruct their operations and that of other institutions by engaging in cable theft.

The courts are available in Accra and Kumasi to deal with cable theft cases and convict thieves and destructors of Vodafone cables through construction activities.

Mr Ebenezer Amankwaa, Corporate Communications Manager of Vodafone Ghana speaking at a media briefing in Accra on Tuesday said a lot of measures have been put in place to identify or arrest cable thieves.

He said cable theft is a canker that is destructing the operations of telecommunication companies in the country.

Mr Amankwaa said cable theft comes in two forms. One either digs underground to steal cables or come across cable destruction through construction of roads and other structures.

He noted that GH¢1.5 million is spent every year to replace or repair stolen and damaged cables.

Mr Amankwaa disclosed that 183 cases of cable theft have been recorded from last year, out of which 25 suspects have been arrested and five convicted.

He said due to this, the company has collaborated with the security forces to establish checkpoints to observe the operations of individuals so that cable thieves may be discouraged.

Mr Eric Kwame Tettey, Head of Corporate Security, Vodafone Ghana said Vodafone constructors don’t work on Sundays and beyond 6pm and are always in overall outfits, therefore anybody that behaves differently and doubtfully with an identity of being a constructor for Vodafone Ghana should be reported to the security services.

“There is a whistle blower way of arresting suspects and that is open to the… public. Anybody who reports a suspect of Vodafone Cable theft receives GH¢400.00 and GH¢600.00 in addition when the person is able to stand as a witness in the court of trial over the case,” he said.

He said Vodafone has collaborated with the Ministry of Trade and Industries to curb the act in different ways including the mandate to enter into scrap inspection to ensure that the company’s cables are secured.

He said measures are being put in place to establish more courts in other parts of the country to make dealing of cable theft cases easier and faster.

Mr Kwame Tettey said a person that blows a whistle is secured because measures are put in place to ensure their protection even though Vodafone has had successful arrest and conviction cases without any cases of threatening or attack.

He said the company’s cables are unique and could be identified even when burnt, and the act is common in schools, market centres and along streets.

Mr Gayheart Mensah, Head of External Affairs, Vodafone Ghana urged the public to join hands to fight against the act since it is  a challenge to stakeholders including students, hospitals, financial institutions and telecommunication companies.