Home / Politics / Politicians must be truthful to voters – Methodist Bishop

Politicians must be truthful to voters – Methodist Bishop

April 18, 2016 Politics Comments Off on Politicians must be truthful to voters – Methodist Bishop 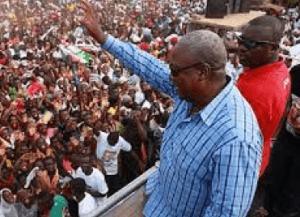 Politicians have been asked to be truthful to voters and avoid making election promises, they know they would never be able to fulfil.

The Right Reverend Robert O. Eshun, Methodist Bishop of the Effiduasi, said telling voters’ things they themselves did not believe in, just to woo voters to give them political power, was awful and undignified.

He was speaking at the 19th annual diocesan synod held at the Ebenezer Methodist Church in Ejisu.

“Witnessing to Christ, the Methodist identity and social impact: Effiduasi Diocese in perspective”, was the theme chosen for the event.

The Rt. Rev Eshun said there should be no reason for anybody or group to become desperate for power if not for selfish and parochial interest.

He called for them to be civil, do away with intolerance and inflammatory rhetoric.

He reminded the Electoral Commission (EC) to make sure that things were done transparently to build public confidence and make the outcome of the polls acceptable to all.

“The Commission’s actions and inactions are key to the peace and stability of this nation. It owes it a responsibility to be neutral and fair to all the political parties.”

The Rt. Rev Eshun also urged journalists to be circumspect in their reports on the election, saying their reportage should be based on facts but not gossip and rumor.

He used the occasion to counsel his colleague pastors against engaging in partisan politics, telling them that it was unfair to use the pulpit to campaign for any particular party.

“Our prophetic voice as a church will be respected only when our neutrality and objectivity becomes obvious in all political matters.”

He spoke of the determination of the church to continue to collaborate with the state to bring development to the people.

Mr. John Alexander Ackon, the Ashanti Regional Minister, in an address read for him applauded the church for its contribution towards education development and health promotion among other things.