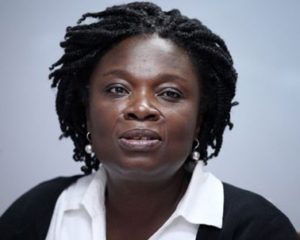 The appointment took effect from April 15.

“The appointment of Victoria Kwakwa to this role ensures a seamless leadership transition for this region of increasing importance to the World Bank Group,” said Kim.

“She knows the region well and has been part of our efforts in bringing about change at a time when East Asia/Pacific has been rapidly developing and playing a pivotal global role,” he said in a statement posted on the bank’s website.

Victoria Kwakwa would lead the Bank’s advisory and lending operations in the region and oversee strategic engagement with the region’s 23 member countries.

The Bank’s lending in East Asia Pacific is expected to be more than $7 billion in the fiscal year ending June 30.

“I am honoured to lead our engagement in a region that is key to the future relevance of the World Bank Group,” the statement quoted Kwakwa.

“In the last decade, East Asia and Pacific’s share in the world economy has tripled, to about 19 per cent,” she said.

“That number is projected to rise to more than 30 per cent by 2030, I look forward to working with our client countries to maintain their competitiveness and economic dynamism while tackling challenges including urbanisation, vulnerability to climate change, rapid ageing and rising inequality.”

“I am confident that the region will continue to find innovative solutions that will resonate around the world.”

Kwakwa was previously the World Bank’s Country Director of Vietnam, overseeing a multibillion-dollar lending portfolio and an innovative knowledge programme.

During her tenure, the Bank’s partnership with Vietnam deepened, responding to the increasingly complex challenges of an emerging middle-income country, the statement said.

Recently, Kwakwa led a joint team with the government to produce the Vietnam 2035 report, which presents options for Vietnam to achieve its ambitious goal of becoming an upper-middle-income country in a generation.

Before moving to Hanoi, she was the Country Manager for Rwanda, where she worked with the government to design and pilot programmes in social protection, health financing and agriculture productivity.

From 2000 to 2006, she was a senior economist and lead economist in Abuja, Nigeria, where she set up a programme of state-level analytical work and provided policy advice on how to efficiently and transparently manage oil revenues.

Kwakwa joined the Bank as a Young Professional in 1989 and worked on the 2000-2001 World Development Report on poverty.

She holds a bachelor’s in economics from the University of Ghana, Legon and earned a master’s and doctorate from Queen’s University in Canada.