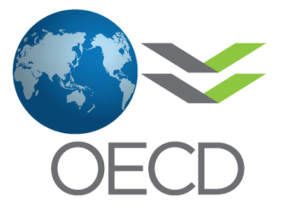 Official development assistance from the OECD (Organisation for Economic Cooperation and Development) rose to about $131.590 billion in 2015, but most countries failed to reach the UN target of 0.7 per cent of gross national income.

Preliminary data collected by the 28 countries of the OECD Development Assistance Committee, showed an increase in aid of 6.9 per cent (if adjusted for inflation and the depreciation of the US Dollar), driven largely by expenditure on refugees and the surge of asylum seekers.

Aid spent on refugees rose by more than 100 per cent to $12 billion as an unprecedented 1.5 million refugees sought asylum in OECD countries in 2015, more than a million of them in Europe.

The organisation said: “The rise in refugee costs did not significantly eat into development programmes, with around half of donor countries using money from outside their aid budgets to cover refugee costs.”

“Countries have had to find large sums to cover the costs of an historic refugee crisis in Europe, and most have so far avoided diverting money from development programmes. These efforts must continue. We also welcome that more aid is being provided to the poorest countries,” the OECD Secretary-General Angel Gurría was quoted as saying.

OECD member countries are allowed to count certain refugee-related costs as ODA for the first year after their arrival. Australia, Korea and Luxembourg do not count refugee costs as ODA whereas countries such as Austria, Greece, Italy, the Netherlands and Sweden, saw refugee costs account for more than 20 per cent of their ODA in 2015.

The 2015 data shows ODA rose in 22 countries, with the biggest increases in Greece, Sweden and Germany while six countries reported lower ODA, with the worst declines in Portugal and Australia.

By volume, the largest donor countries were the United States, the United Kingdom, Germany, Japan and France.

Among the countries outside the OECD Development Assistance Committee who report their aid flows to the OECD, the United Arab Emirates posted the highest share of gross national income to official development assistance – 1.09 per cent.