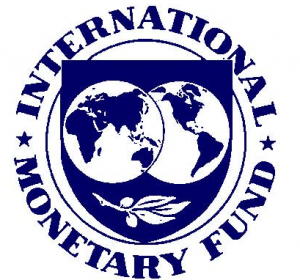 The International Monetary Fund (IMF) has made a downward revision of its growth projections for sub-Saharan Africa and most of the world.

In the IMF’s latest World Economic Outlook, the region’s growth is forecast at 3 per cent in 2016 and 4 per cent in 2017, a downward revision of 1 per cent and 0.7 per cent respectively, from the IMF’s update in January.

Emerging and developing economies in Asia and Europe saw marginal increases in their expected growth, and a few countries such as Saudi Arabia, India and countries in the Association of South East Asian Nations (ASEAN) had their projections maintained.

However, the expected growth for most of the world was revised downward.

Growth in emerging economies is forecast at 4.1 per cent in 2016 and 4.6 per cent in 2017, due to China’s slowdown, effects of oil price decline to exporters, and the weak outlook for commodity prices.

The IMF expressed worry that the low growth around the world leaves the world economy more exposed to risk and with less room for error, and could have adverse socio-political impact on many countries.

“Persistent slow growth has scarring effects that themselves reduce potential output and with it, demand and investment,”Maurice Obstfeld, IMF Economic Counsellor and Director of Research said.

The World Economic Outlook identified as risks to growth, a sharper slowdown in China’s economic growth, exchange rate depreciation in emerging economies, and geopolitical risks such as terrorism, political discord refugee flows and epidemics which could have adverse impact on growth.

The IMF warned that policy makers need to prepare contingency plans and collective responses for the future in case the risks materialize.