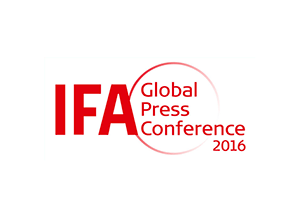 The biggest press briefings and exhibition that brings together the largest number of technology reporters, bloggers and journalists from around the world, the IFA Global Press Conference goes to Asia for the first time and would be held in Hong Kong.

The event organized annually by Messe Berlin, a German events and exhibitions organizer often in Europe, brings together more than 360 technology writers, journalists and bloggers from more than 50 countries of the world to interact with consumer electronics companies, and technology companies.

During the trade mark power briefings, the companies make presentations to the media, share their innovations and reveal new products, including those still in the lab.

The event this year, would take the media to Shenzhen in China for the International Brand Show for Consumer Electronics, also for the first time.