April 13, 2016 General News Comments Off on France to support training of GNA journalists 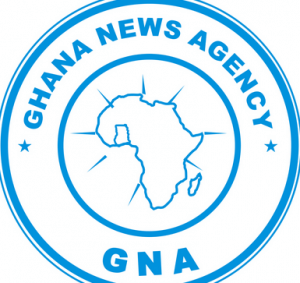 The Embassy of France in Accra is to support the training of journalists of the Ghana News Agency (GNA), as part of efforts to adequately prepare them to cover Ghana’s general election scheduled for November 7.

Mr Francois Pujolas, the French Ambassador to Ghana announced this on Monday, during a courtesy call on the Chief Executive Officer of the GNA, Dr Bernard Otabil in Accra.

The Ambassador lauded the GNA for playing a major rule in the media landscape both in Ghana and across Africa, stating that “we will be very happy to celebrate with you the Agency’s 60th anniversary next year”.

He said as Ghana prepares towards its general election there was the need for media professionals to be circumspect in their reportage in order to avoid plunging the nation into chaos.

Mr Pujolas said French companies and investors were very interested investing in Ghana due to its peaceful and stable investment climate.

The envoy commended African countries for their efforts to pursue the path of regional integration, and urged closer collaboration between Ghana and her Francophone neighbours, especially.

Dr Otabil gave an overview of the establishment of the GNA a day before Ghana’s first President, Osagyefo Dr. Kwame Nkrumah, pronounced the country’s independence, and said the Agency was repositioning itself as major player on global media landscape through collaborations with other international wire service outlets.

He said the Agency recently launched the China-Africa Desk, which is dedicated specifically to the production and dissemination of news on China and its relations with Ghana and the rest of Africa.

He said the Agency provided nationwide coverage, with offices in all the regions of Ghana and that it also gave equal coverage to all segments of the society.

Responding to a questing from the Ambassador on whether the media in Ghana had signed any declaration towards ensuring a peaceful election this year in their reportage, Dr Otabil said, the Ghana Journalists Association had a code of ethics which served as guiding principles for all journalists in the country.

“The National Media Commission is also promoting media ethics at the highest level,” he stated.

On the usage of GNA news stories by other media outlets, Dr Otabil said about 60 to 70 per cent of websites that were actually running Ghana used GNA news items. Other subscribers include the print and electronic media, particularly local FM radio stations.

He said the GNA would continue to produce credible, reliable and objective news, and that the Agency had an affiliation with other news agencies such as AP, Xinhua, the Federation of Atlantic News Agencies, the Morocco News Agency, and the Italian News Agency or Agenzia Giornalistica Italia (AGI), among others.

He announced that on Tuesday, April 12, the GNA would become the first state news agency to partner with Human Network International (HNI) in a programme which would be launched on Vodafone network called the “321 Service,”.

He said the service would immediately give about eight million people access to news produced by the GNA in five different languages comprising English and four other local languages.