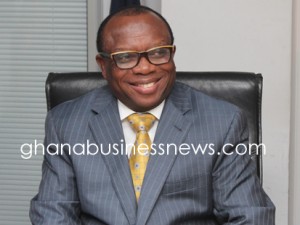 Dr Millison Kwadwo Narh, the Deputy Governor of the Bank of Ghana, has hinted that the bank was revising the current Banking Act to enable it to address the identified gaps.

He said the Deposit Protection Bill is also about to be passed by Parliament to provide protection for small savers.

Dr Narh was speaking at the 25th Anniversary Launch of the NDK Financial Services Limited at Osu in Accra.

The company, which started from a humble beginning with three staff from a small room in the Kingsway Building in Accra, now has a staff strength of about 90.

Besides, the company is now a market leader in the financial services sector and accounts for 26.4 per cent of the total assets of the finance houses in Ghana with its total assets standing at over 500 million Ghana cedis.

Dr Narh said the passage of the two legislations would help the country to have a better framework to deal with micro-finance institutions that had gone down.

He said the Bank of Ghana would also issue a number of guidelines and directives in the areas of Risk Management, Corporate Governance, Outsourcing, Mergers and Acquisitions to align with the incoming legislation and give direction to the industry as well as further strengthen the supervisory role of the Central Bank.

Dr Narh commended the management and staff of the company for their hard work and perseverance, especially for working in an environment that had gone through a number of challenges and being able to weather the storm.

He said the country was experiencing some level of stability which was underpinned by the exchange rate stability and sustained fiscal consolidation as a result of the International Monetary Fund programme the Government had signed on to.

He said the additional oil and gas production and improvement in the macro-economic environment was expected to boost growth in the country.

Mr Oko-Nikoi Dzani, the Founder of the NDK Financial Services Limited, said with hard work and diligence over the years the institution had been able to provide sterling services to its clientele and had achieved success in its field of endeavour.

He said the vision of NDK was to be a globally recognised financial service provider with a view of creating stakeholder satisfaction adding; “the institution’s core values are customer focused, professionalism and teamwork.”

Mr Dzani said over the past 25 years, the NDK had provided attractive and reliable financial services to its clients and contributed to improvement in financial inter-mediation and the development of the economy.

He said NDK was mindful of its corporate social responsibility and had contributed its quota in the areas of education and sports, particularly hockey, demonstrating the company’s belief in the total development of the people.

Mrs Kosi Yankey Ayeh, the Executive Director of the National Board for Small Scale Industries …