Home / General News / The Panama Papers: Sons of Kufour and Kofi Annan on the list

The Panama Papers: Sons of Kufour and Kofi Annan on the list 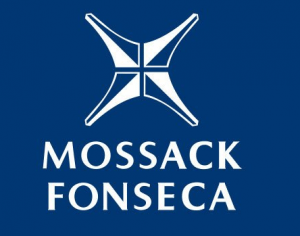 A trove of 11.5 million leaked internal documents, about 2.6TB of data, from the Panamanian law firm Mossack Fonseca, showing how hundreds of thousands of people are using anonymous shell companies across the world to hide their money contains the names of two Ghanaians.

The leak is the biggest in journalistic history.

According to German newspaper, Süddeutsche Zeitung, which first received the leaked documents and worked with other journalists to obtain more documents, the data in the so-called Panama Papers, “provides rare insights into a world that can only exist in the shadows. It proves how a global industry led by major banks, legal firms, and asset management companies secretly manages the estates of the world’s rich and famous: from politicians, FIFA officials, fraudsters and drug smugglers, to celebrities and professional athletes.”

The information in the leak covers the activities of the Mossack Fonseca firm over a period from the 1970s to spring 2016.

The leak claims to expose the offshore holdings of 12 current and former world leaders and provides data on the financial activities of 128 other politicians and public officials from different countries.

The investigation involving about 370 journalists from more than 100 media organizations that dug into the files have found the names of former President John Kufour’s and former UN Secretary General, Kofi Annan’s sons.

The names of John Addo Kufour, the eldest son of former President Kufour and Kojo Annan, the only son of Kofi Annan are listed.

The Mossack Fonseca show that in early 2001, shortly after the start of his father’s first presidential term, Kufuor appointed Mossack Fonseca to manage The Excel 2000 Trust.

Later that year, it controlled a bank account in Panama worth $75,000. His mother – Theresa Kufuor, then-Ghana’s first lady – was also a beneficiary.

In November 2010, an employee in Mossack Fonseca’s compliance office in the British Virgin Islands suggested to colleagues that, “due to the apparent prevalence of corruption surrounding Mr. Kufour we would not recommend us taking him on as a client or continuing business with him.” Mossack Fonseca, however, continued to do business with Kufuor. In 2012, Kufuor asked Mossack Fonseca to close the trust, the files including email correspondence say.

Files also connected Kufuor with BVI companies Fordiant Ltd and Stamford International Investments Group Limited. Both were registered when Kufuor’s father was president of Ghana and became inactive in 2004 and 2007.

On Kojo Annan, who was sole director of the Samoan company Sapphire Holding Ltd, originally incorporated in Niue in 2003, the files show that he had used the name of the company to buy an apartment in central London.

The apartment was purchased in a transaction completed in 2003 for more than $500,000, according to U.K. records. Sapphire Holding used unnamed shareholders until 2015 when Kojo Annan became a listed shareholder with a Ghana address. Mossack Fonseca continued to communicate with Annan at the central London address, Argyll Mansions, into 2015. Kojo Annan was also a joint shareholder and director of two British Virgin Islands companies incorporated in 2002.

Before the files were released, journalists contacted JohnAddo Kufour several times for his comments, but there was no response.

However, Kojo Annan’s lawyer responded. According to the lawyer, his companies “operate in accordance with the laws and regulations of the relevant jurisdictions and, insofar tax liabilities arise, they pay taxes in the jurisdictions in which taxes are due to be paid. In other words, any entity and account held by Mr. Annan has been opened solely for normal, legal purposes of managing family and business matters and has been fully disclosed in accordance with applicable laws.” He also noted that an investigation found no evidence that Annan tried to influence anyone in the UN to award contracts to any company with which he was associated.