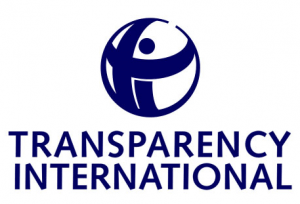 Last week the Economic Commission for Africa (ECA) issued a statement on a yet to be released report calling for a departure from perception-based measurement of corruption, and cross-country comparisons which it says are flawed and fail to provide enough guidance for policy.

The ECA in the fourth edition of its African Governance Report (AGR IV) titled “Measuring corruption in Africa: the international dimension matters”, says prominent use of experts’ assessments and their re-evaluation of available data, the tendency to focus on the response of criminal justice systems to corruption instead of the true extent and nature of the crime itself, and the ambiguity in definition, make current approaches to assessing corruption not very useful for policy making.

Following the publication of a news item on the report, ghanabusinessnews.com sought the views of global anti-corruption organization, Transparency International (TI) on the positions expressed by the ECA.

TI is known for its Corruption Perception Index, an assessment of the perceived levels of corruption which ranks over 170 countries across the world.

The Research Coordinator, for TI, Santhosh Srinivasan who browsed over the report made some comments.

According to him, no one corruption measure on its own has the ability to capture all the different forms of corruption. It is important to combine the findings of different tools and assessments to gain a better understanding of the levels of corruption and means to reduce the risks of it.

The ECA’s report which will be launched on April 2, 2016 in Addis Ababa during the Africa Development Week, also suggests that perception-based methods which are “anchored on more transparent and representative surveys” should be used cautiously, complemented where possible, with quantitative country or case-specific indicators to produce more useful measures of corruption.