Railway workers appeal to be placed on public sector payroll

March 29, 2016 General News Comments Off on Railway workers appeal to be placed on public sector payroll 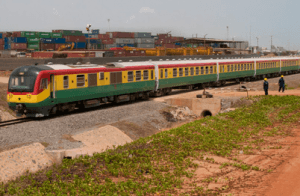 Mr. Godwill  Ntarmah, the General Secretary of Ghana Railway Workers Union, has appealed to the Government to place the more than 1,500 railway workers on the Public Sector Payroll to forestall occasional delays and non-payment of salaries.

He also asked for the implementation of the 50 per cent salary adjustment proposed for railway workers last year so that they could cope with the harsh economic conditions they faced.

Mr. Ntarmah made the statement at a merger conference held by the Railway Workers Union and the Rail and Allied Transport Workers Union, in Takoradi.

The two-day conference saw the two rival unions being merged as the Ghana Railway Workers Union as part of the Ghana Trades Union Congress, (TUC) with a common objective of championing the welfare of all railway workers in the country.

It was held on the theme: ”Effective Rail Transport: A Pre-requisite for National Development”, and brought together railway workers across the country to deliberate on issues affecting the welfare of railway workers.

Mr. Ntarmah reiterated the need for capital injection into rail transport for it to contribute significantly towards the national socio-economic development.

He said the neglect of the rail sector over the years had adversely affected the rail transport system and its contribution to national development, explaining that, railway tracks, terminals and locomotives were in a dilapidated state while workers in the sector were also grappling with decent work deficits.

He said: “Revamping railway infrastructure and systems in Ghana for efficient rail transport is therefore an imperative for our development”.

Mr Ntarmah therefore, asked politicians to stop the political rhetoric and rather resuscitate the rail transport industry so that it would play its critical role in national development.

Mr. Fiifi Kwetey, the Minister for Transport, gave the assurance that the Government would continue supporting the rail sector and cited the Sekondi-Kojokrom rail lines currently under construction in the Sekondi-Takoradi Metropolis.

He explained that the Government was sourcing for funds to construct the Eastern rail lines and Boankra inland port in Ashanti to make the Ghana Railway Company more viable in order to contribute its quota towards the socio-economic development.

The Transport Minister stated that resuscitating the rail transport was a collective responsibility of all stakeholders, including the leadership of railway unions.

He, therefore, tasked the newly elected executives of the Ghana Railway Workers Union to propose creative ideas that would facilitate the effort of revamping the railway sector.

The Conference elected new national executives to steer the affairs of the Union.

They include, Mr. Joseph King Edu, as the Chairperson; Mr. Charles Thompson, the First Vice Chairperson and Mr. Godwill Ntarmah, as the General Secretary.